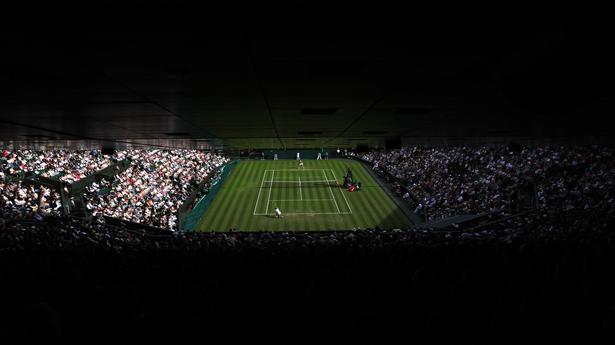 Wimbledon is gearing up to celebrate 100 years of its iconic Centre Court, described as a “white elephant” when it opened, as it launches a new tradition of playing on the middle Sunday of the tournament.

Wimbledon communications and marketing director Alexandra Willis said a descendant of Leslie Godfrey, who hit the first ball on Centre Court, would be in the royal box.

The court, which hosts the men’s and women’s finals each year, was not universally welcomed when it was opened in 1922.

“It was described as this white elephant,” Willis said on Friday. “How on earth would the club ever fill it?

“How would tennis ever be so popular so that you would welcome so many people?

“And obviously here we are 100 years later and this wonderful stadium is 100 years old. It’s become one of the most iconic landmarks is all of sport.”

The grass court stadium, with a capacity of nearly 15,000, is a mixture of the traditional and the cutting-edge, including a retractable roof that allows play to continue in the rain.

The Wimbledon site is set for expansion over the coming years after the All England Club’s purchase of the adjacent Wimbledon Park Golf Club, where a new show court will be located.

Willis said the focus of Sunday’s celebrations was both on looking back and looking ahead, with school children asked to imagine what Centre Court would look like in 100 years’ time.

“This idea of it being a witness to history,” she said. “If you think about how much change has occurred.

“Althea Gibson as the first black individual to win Wimbledon (in 1957) and what that did for the civil rights movement — Boris Becker and Steffi Graf winning Wimbledon the year that Berlin Wall came down (1989).”

More than 14,000 people have been invited to Wimbledon from the local community on Sunday and there will be around 1,000 refugees from Ukraine and 500 from Afghanistan and Syria.

Denial of responsibility! TechiLive.in is an automatic aggregator around the global media. All the content are available free on Internet. We have just arranged it in one platform for educational purpose only. In each content, the hyperlink to the primary source is specified. All trademarks belong to their rightful owners, all materials to their authors. If you are the owner of the content and do not want us to publish your materials on our website, please contact us by email – [email protected]. The content will be deleted within 24 hours.
100 years of Wimbledon centre courtCelebratescentreCourtnews updatesports newssports updatetechi live
Share

Pooja Hegde is a ‘whole vibe’ in crop top and…

Strikes expected at Felixstowe port as pay talks end without…