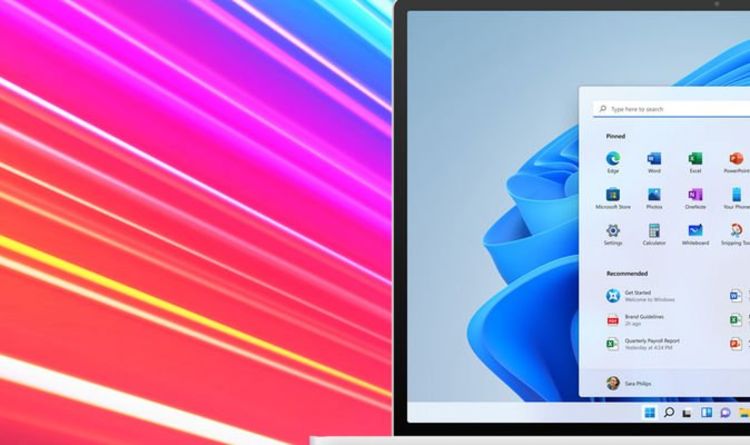 Windows 10 users get the best news yet about Windows 11

Microsoft has revealed that older hardware running Windows 10 will run noticeably faster once the Windows 11 upgrade is installed. In a new video released this week Steve Dispensa, the VP of enterprise management at Microsoft, gave a rundown of some of the performance benefits Windows 11 will bring to the table. And one of the most noticeable improvements is how snappy and responsive Windows 11 will feel compared to its predecessor.

This is thanks to a number of tweaks to the flagship Microsoft OS, including the way the software manages CPU and memory resources.

Dispensa explained in Windows 11 apps that are in the foreground will be prioritised with more CPU and memory resources – which helps to make these programmes run quicker.

He said: “A big shift in how we deliver the Windows experience with better performance in Windows 11 is how we deal with prioritising apps and processes.

“So under the hood we’ve done a lot of work in memory management to favour the app Windows you have running in the foreground so that they’re prioritised with more CPU and other system resources.”

READ MORE: Windows 10 will soon let you know if your PC can get Windows 11 update

Dispensa said this would also come into effect when the CPU is under considerable load.

He showed an example of a Windows 11 machine where the CPU was running at around 90 percent capacity.

This would typically slow down the opening of other apps in previous versions of Windows.

But in an example Dispensa walked through apps like Excel and Word still opened at lighting fast speeds – despite the considerable load on CPU.

Saying why this is the case, the Microsoft exec said: “Despite the heavy load on the CPU both apps launched as they normally would without any lag.

“And that’s because these processes are in the foreground so they get more compute resource. That’s seconds of time saved in this case, and the time savings add up as you use the apps over the course of your day.”

Besides a speed boost when opening apps, Windows 11 users will also benefit from a virtually instant on experience when waking a device up from sleep.

This will be akin to the way your phone can be used immediately once you wake it.

Explaining how this works, Dispensa said in the sleep state the RAM will stay energised in Windows 11, while other components are powered down.

This – and a number of other processes – is key to how Windows 11 is able to wake up at lighting fast speeds.

Dispensa said: “For most people resume will be almost instantaneous. It also means your device can stay in sleep state for longer and not hibernate as often.”

Other performance benefits Windows 10 users upgrading to Windows 11 will notice include 40 percent smaller – and therefore – faster updates as well as sleeping tabs in web browsers which reduce memory usage by up to 32 percent and CPU usage by 37 percent.

Loading...
Denial of responsibility! TechiLive.in is an automatic aggregator around the global media. All the content are available free on Internet. We have just arranged it in one platform for educational purpose only. In each content, the hyperlink to the primary source is specified. All trademarks belong to their rightful owners, all materials to their authors. If you are the owner of the content and do not want us to publish your materials on our website, please contact us by email – [email protected]. The content will be deleted within 24 hours.
gadget updateNewstech newstech updatetechi liveusersWindows
Share