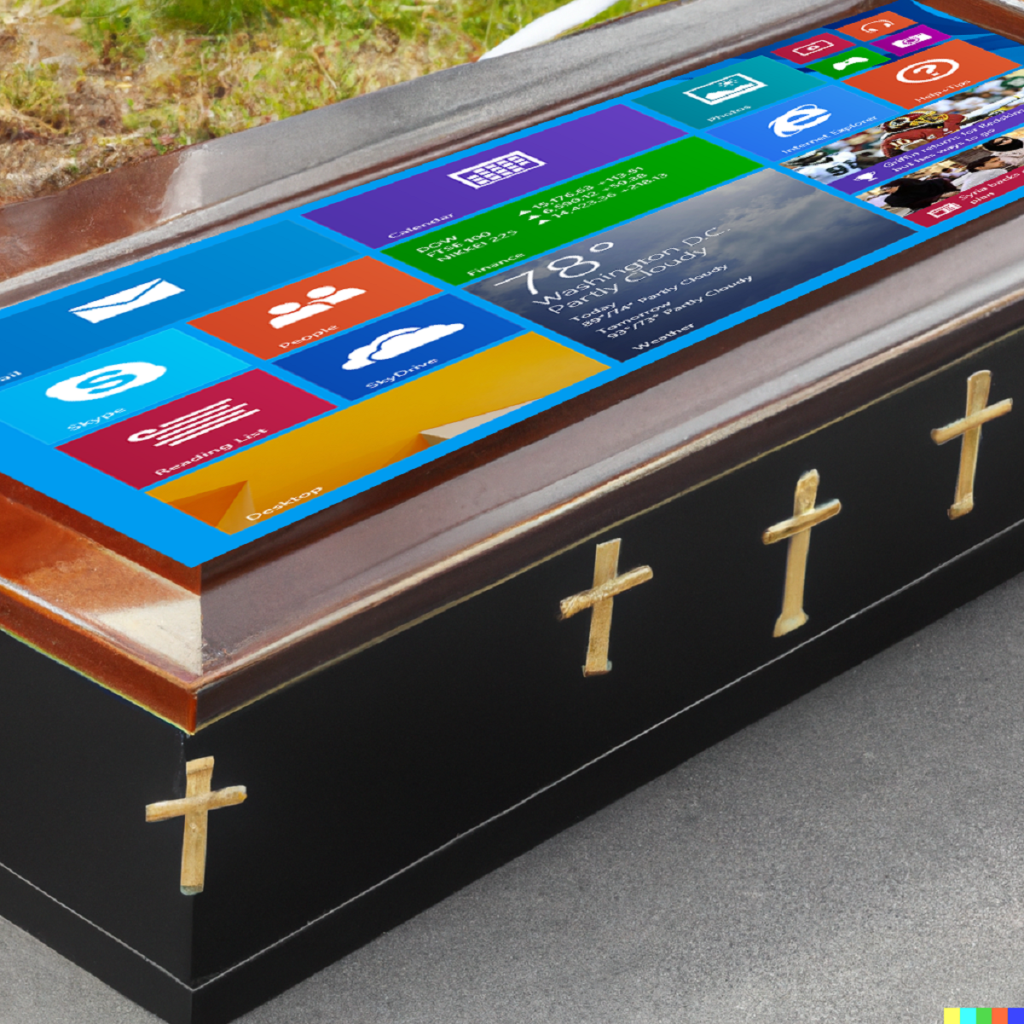 Windows 8.1 is on its deathbed. Prepare now

Windows 8 stunk. It might have helped cost chief executive Steve Ballmer his job. Windows 8.1 was a bit better — but if you love it, you have only a month or so left to enjoy it.

Microsoft will kill off Windows 8.1 support on January 10, 2023. There’s no out: Microsoft will not be offering an extended support package for Windows 8.1. At that point, you’ll have a choice: buy a new Windows PC, or officially pay to upgrade to either Windows 10 or Windows 11. (Here’s how to get Windows for cheap.)

What does the end of support mean? Until January 10, Microsoft will offer security patches and other fixes for any security issues that crop up. Afterwards, you’re on your own. If any exploit or malware surfaces, you’ll have to depend on any antivirus software you have running — Microsoft won’t be issuing any more patches after Jan. 10, and your PC will absolutely be at risk.

“Microsoft will not be offering an Extended Security Update (ESU) program for Windows 8.1,” Microsoft says. “Continuing to use Windows 8.1 after January 10, 2023 may increase an organization’s exposure to security risks or impact its ability to meet compliance obligations.”

Our 2013 review of Windows 8.1 notes its “great compromise,” offering an (albeit hidden) way to bypass the controversial tiled Start menu and boot to the desktop directly. Otherwise, the OS feels somewhat old and dated, compared to the more modern Windows 10 and Windows 11 OSes. Incidentally, Windows 8 support ended in 2016.

How to upgrade from Windows 8.1

If you’re currently running a Windows 8 PC, Microsoft acknowledges that the prospects may be bleak. “Most Windows 8.1 or Windows 8 devices will not meet the hardware requirements for upgrading to Windows 11,” the company says.

Denial of responsibility! TechiLive.in is an automatic aggregator around the global media. All the content are available free on Internet. We have just arranged it in one platform for educational purpose only. In each content, the hyperlink to the primary source is specified. All trademarks belong to their rightful owners, all materials to their authors. If you are the owner of the content and do not want us to publish your materials on our website, please contact us by email – [email protected]. The content will be deleted within 24 hours.
deathbedgadget updatePreparetech newstech updatetechi liveWindows
Share

How A Neon White Level Is Made