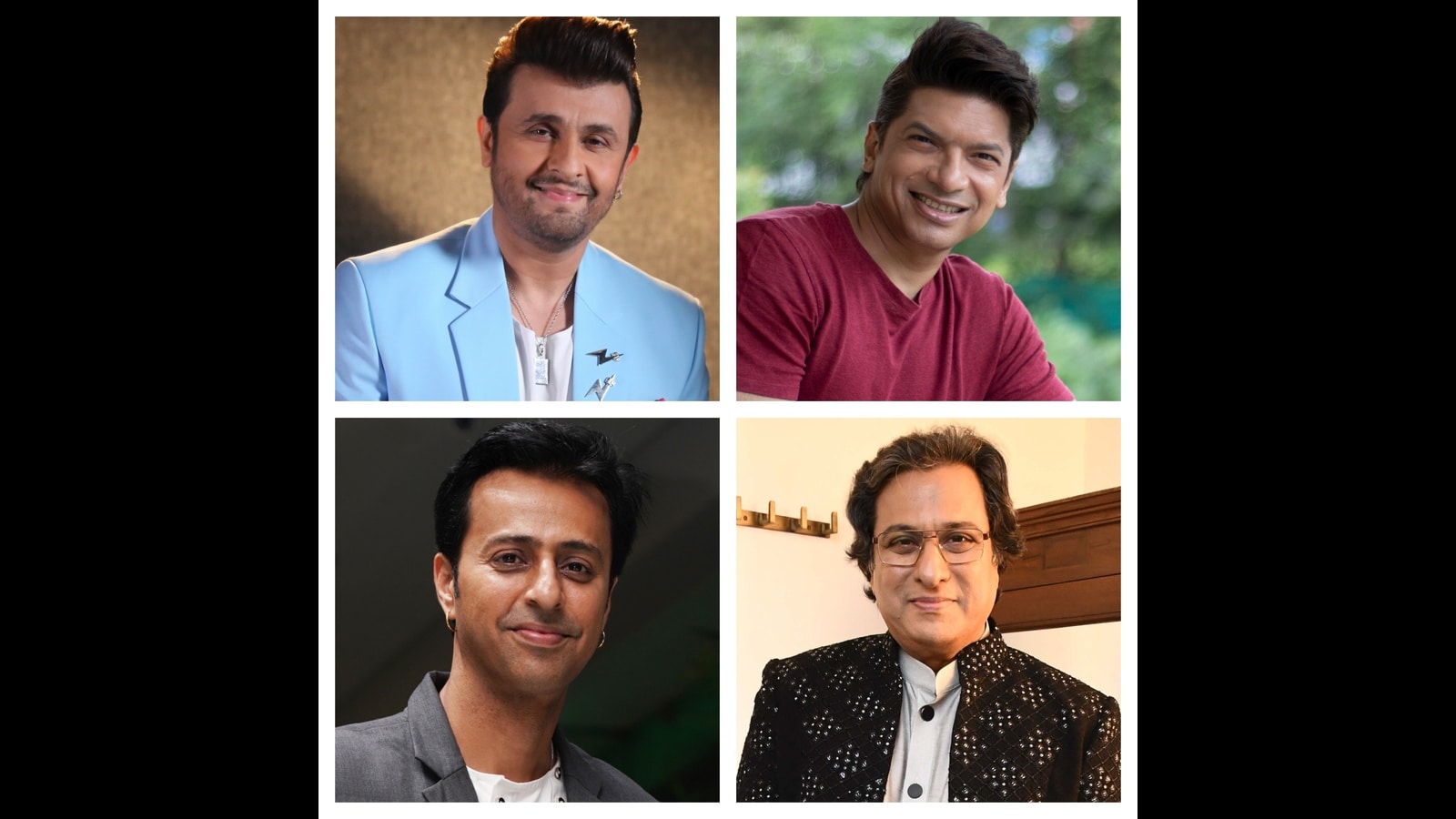 Wish we have more female composers: male musicians on patriarchy in the Indian music space

Over the years, the Indian music industry has been studded with some really talented female musicians. But, it’s often alleged that there’s lack of gender parity and it’s largely a male-dominated space, with fewer opportunities for female artistes. On International Men’s Day today, we speak to leading men from across forms of Indian music – Bollywood, pop and ghazal – to unravel their views on whether patriarchy exists in the Indian music space and how can things be ameliorated.

Sonu Nigam: Back then, I wished I was a girl

Honestly, as a singer, that too someone who came in his teens to Mumbai to struggle, I feel I’d have suffered fewer nuisances had I been a girl. Reason, all composers were men. Directors, producers, company people… all men. They had no reason to entertain me, or be cordial with someone who’s that young and vulnerable. So, many would misbehave. I don’t mean girls don’t have their struggles. They have to go through their own grind of creeps trying to make them uncomfortable. But back then, I wished I was a girl. I wish we have more female composers, too, in the music business. I wish I could experience the kind of bonding that Lata (Mangeshkar) ji shared with Madan Mohanji or Asha (Bhosle) ji shared with OP Nayyarji and RD Burmanji, with a female composer, such egoless bonding of two talents who are each other’s muses musically.

I have been around for more than four decades and I personally don’t think that there is any lack of gender parity in the music industry. In fact, even during the golden period of film music, there were the legendary Mangeshkar sisters (Lata, Asha, Usha), who held their ground on sheer talent. And, alogn with them, there were (Mohammed) Rafi saab, Talat Mahmood saab, Kishore (Kumar) da, and Manna (Dey) da. Back then, we had more male composers, but that was on the basis of their capability and not gender. Even later, singers like Alka Yagnik, Kavita Krishnamurthy, Shreya Ghoshal and Sunidhi Chauhan made a mark. And now, the young brigade is making its presence felt on the merit of their talent, alone. Music is a great leveler. It doesn’t recognise gender. It’s all about talent and capability.

Shaan: There’s a stronger tilt towards male-oriented songs in Bollywood

Though we have amazing women singers, who are on a par and are more iconic than their male counterparts — right from Lata Maheshkarji, Asha Bhosleji to Sunidhi (Chauhan) and Shreya (Ghoshal) — we surely need more women as composers, music producers and record label heads. I would like to believe that there is lesser gender bias when it comes to music, but yes, in Bollywood, there is a stronger tilt towards male-oriented songs. There could be multiple reasons for that, not necessarily due to gender parity. I would like to believe that in the present generation, there is lesser exploitation, too, but I guess I wouldn’t know better.

There’s no patriarchy in the music space: Salim Merchant

I don’t think that there’s ever been any patriarchy in the Indian music space. The greatest living example of that is Lata Mangeshkar ji and Asha Bhosle ji, who ruled the industry. Also, singers like Sunidhi (Chauhan) and Shreya (Ghoshal) have had many hit songs. And even the newer singers like Jonita Gandhi, Nikitha Gandhi, Shalmali Kholgade and Harshdeep Kaur are getting so many opportunities. There’s a lot of love and respect for them and a lot of composers prefer to work with them. There are also so many female composers like Sneha Khanvilkar, who has a good body of work. Even Alokananda Dasgupta, who worked on Sacred Games, earned so much recognition for her work and is now a famous name in the OTT space. There are also a lot of female lyricists like Kausar Munir and Anvita Dutt, who get so much love for their work. I do hear sometimes that girls don’t get enough opportunities in the non-film music space, but I don’t think so. Singers like Afsana Khan (Titliyaan) and Renuka Panwar (52 Gaj Ka Daman) have been doing so well.

Denial of responsibility! TechiLive.in is an automatic aggregator around the global media. All the content are available free on Internet. We have just arranged it in one platform for educational purpose only. In each content, the hyperlink to the primary source is specified. All trademarks belong to their rightful owners, all materials to their authors. If you are the owner of the content and do not want us to publish your materials on our website, please contact us by email – [email protected]. The content will be deleted within 24 hours.
Asha Bhoslecomposersentertainment newsEntertainment updateFemalegender parityIndianLata Mangeshkar
Share