Notice: amp_is_available was called incorrectly. `amp_is_available()` (or `amp_is_request()`, formerly `is_amp_endpoint()`) was called too early and so it will not work properly. WordPress is currently doing the `pre_get_posts` hook. Calling this function before the `wp` action means it will not have access to `WP_Query` and the queried object to determine if it is an AMP response, thus neither the `amp_skip_post()` filter nor the AMP enabled toggle will be considered. It appears the theme with slug `publisher` is responsible; please contact the author. Please see Debugging in WordPress for more information. (This message was added in version 2.0.0.) in /home/runcloud/webapps/techilive/wp-includes/functions.php on line 5313
 With Class 12 board exams uncertain, how will students move to colleges? - TechiLive.in 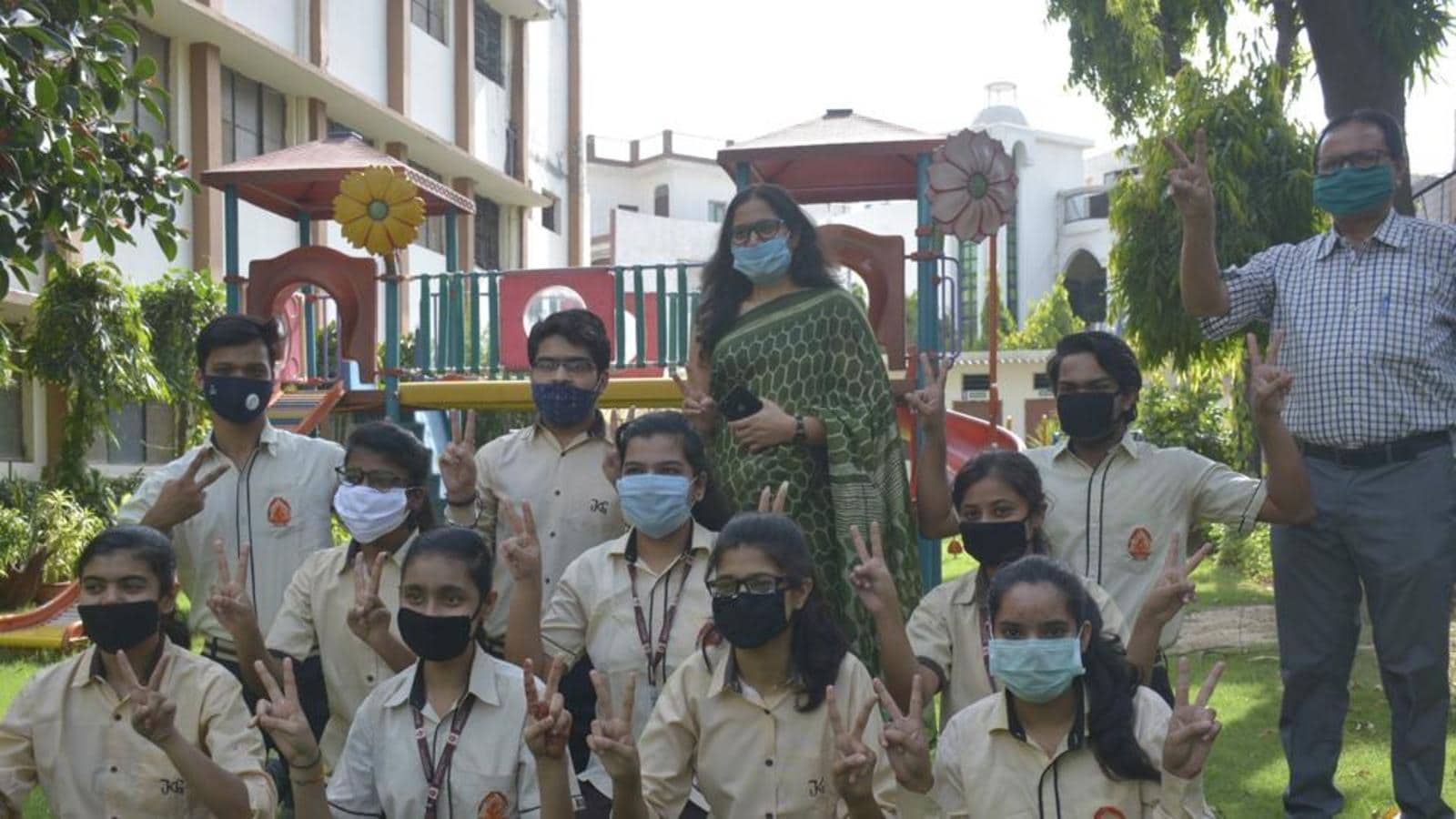 With Class 12 board exams uncertain, how will students move to colleges?

The Central Board of Secondary Education (CBSE) will have to soon decide the fate of the high-stakes Class 12 board examination that it was originally scheduled to conduct for 1.4 million students this month.

As Covid-19 cases spiralled in the second wave, the decision to postpone the school-leaving exam was taken on April 14 at a meeting chaired by Prime Minister Narendra Modi, with an assurance that CBSE will review the situation on June 1 and that a notice of at least 15 days will be given before the start of the exams.

The time to take a decision that will affect the lives and future of hundreds of thousands of students is approaching, even as all stakeholders — the government, the board, schools, parents and students — grapple with what is at stake while fighting the most severe health crisis India has witnessed ever.

Even as the national count of active Covid cases is coming down — but gradually — some regions in India are experiencing an increase. Experts said that any decision that a national education board such as CBSE takes — whether to cancel, reschedule or institute an alternative assessment method — will have to factor in the Covid trajectory in the entire country.

As things stand, many parents HT spoke with were scared to send their wards to exam centres for an in-person test. School authorities don’t want to risk it either. While the safety of students and school staff is the primary concern, the emotional and mental wellbeing of the students is also weighing heavily on the minds of the stakeholders.

The severity of the second wave, the fourth in Delhi, has left hardly any household untouched. Many students have seen the death of close family members, in some cases even a parent or both. “These students are not in the frame of mind to prepare for and write an exam,” said Tania Joshi, principal of Indian School.

Others, though, believe that the board exam is the only fair mode of assessment.

“Children are trained for 14 years of their schooling to appear for this school-leaving exam. It has sanctity and credibility attached to it. Any mode other than pen and paper mode would be unfair to a large number of CBSE and other schools present in remote villages and small towns where the digital divide is very evident. However, due to the surge in Covid-19 cases, perhaps the right alternative would be to postpone the exams till July,” said Sangeeta Hajela, principal at DPS, Indirapuram.

The debate is not unique to India. Interruptions in high-stake exams have been a serious concern worldwide. Last year, Unesco, in a working document on the issue, said that it delayed the decisions on student progression, certification, qualification and graduation, thus inducing critical implications on entry into higher education and the labour market.

Ameeta Wattal, principal of Springdales School, Pusa Road, agreed: “The students have been waiting for 15 months in the same class. It is also a question of their careers… Parents are constantly keeping the tuitions going, but how much more can the students study? There is burnout, mental fatigue. We can’t keep the decision (on class 12 board exams) hanging till June.”

The perils of the digital approach

There is a wide range of suggestions on alternative assessment methods. Stakeholders have urged CBSE to ensure a level-playing field so no student is at a disadvantage.

This is why organising the exams online won’t work in the Indian scenario, said educationist Meeta Sengupta said. “It is elitist. It doesn’t give an equal chance to everyone. How can a child who is taking the exam from a place where the internet connection keeps dropping at the same level as the one, say in Gurugram, who has a smooth connection and three mobiles to back up?”

The Remote Learning Reachability report released by Unicef last year stated that only 24% of households in India had the internet to access e-education. Lack of digital devices such as computers, tablets and even smartphones has been the biggest hurdle in accessing classes remotely. The financial hardship brought on by the fresh lockdown and the costs of medical treatment incurred by households in the ongoing second wave of Covid has made the economic schism even wider.

Apart from the evident digital divide, Tania Joshi red-flagged the possibility of cheating in the online exam. “There have been instances where students who were failing in the offline exam were suddenly doing extremely well in the online exam. If we allow something like this, it would be penalising a student who is sincere and doesn’t use unfair means.”

It is best to stick to the conservative approach rather than look for innovation, argued Sengupta. “The whole idea of the Class 12 exam is to progress the students to higher education. A board exam is not meant to be a stopper. So the question we need to be asking is: how do we enable the progress of Class 12 students?”

Sengupta suggested mass promotion of all Class 12 students, allowing universities to work out an alternative selection mode for admissions. CBSE could either take the internal marks, as it did for Class 10, or consider the performance record of the last four years to assess Class 12 students this year.

“What information is one going to get from a set of three-hour exams that one wouldn’t get from the records of the last four years? This will also even out the ups and downs of a student’s life. If, say, someone didn’t do well in one exam, there would be a record of three other exams, which include the Class 10 board exam results anyway,” she said.

There are others who suggest that CBSE replicates the same model it is using for assessing Class 10 students. The board exams for Class X have been cancelled this year. As an alternative, CBSE asked schools to consider the performance of students in unit tests, half-yearly exams, pre-boards — all conducted internally. The board, however, said that each school should keep a check on “inflation of marks” and award marks in consonance with its best performance in class 10 in the last three academic years starting 2017.

“This is the mode of assessment schools are now familiar with. For admissions to college, the government could introduce a common entrance test, which is already in the works under the National Education Policy 2020. It could happen at a later date when the covid wave has subsided,” said Awadesh Kumar Jha, principal, SV Co-ed Vidyalaya, Sector 8-Rohini.

Last year, the Union ministry of education constituted a seven-member committee to recommend modalities for the Central University Common Entrance Test (CUCET) for admission to undergraduate courses in accordance with the National Education Policy. A report on the same has been submitted to the ministry.

Delhi University’s acting vice-chancellor PC Joshi, who was a member of the committee, said the varsity was hoping to launch the CUCET this year. “But it got delayed due to the second wave of Covid. DU had decided to give 50% weightage to CUCET and 50% to the board results. It could have been one yardstick against which we could have determined the merit of the student because ultimately, state boards also have variations.”

The plan was to conduct the CUCET online with two components — an aptitude test and a subject-specific test. The National Testing Agency — which conducts various entrance exams including nine undergraduate courses at DU – would be engaged to conduct this exam.

The test score for this standardised exam could be used for other universities as well and not only help the CBSE but other state boards, which are also unable to conduct their school-leaving exams due to the Covid wave, added Jha. “This test can be conducted on a single day across India unlike the school-leaving exam, which has six tests on six different days. Even parents would be comfortable doing that, provided Covid cases come down.”

(with inputs from Kainat Sarfaraz)

Denial of responsibility! TechiLive.in is an automatic aggregator around the global media. All the content are available free on Internet. We have just arranged it in one platform for educational purpose only. In each content, the hyperlink to the primary source is specified. All trademarks belong to their rightful owners, all materials to their authors. If you are the owner of the content and do not want us to publish your materials on our website, please contact us by email – admin@techilive.in. The content will be deleted within 24 hours.
Loading...
BoardClasscollegesEducation newsEducation updateexamsmovenews update
0
Share

US pullout from Afghanistan at least 13% complete: Pentagon

From Salman Khan to Daniel Craig, see pics of actors posing with their body doubles