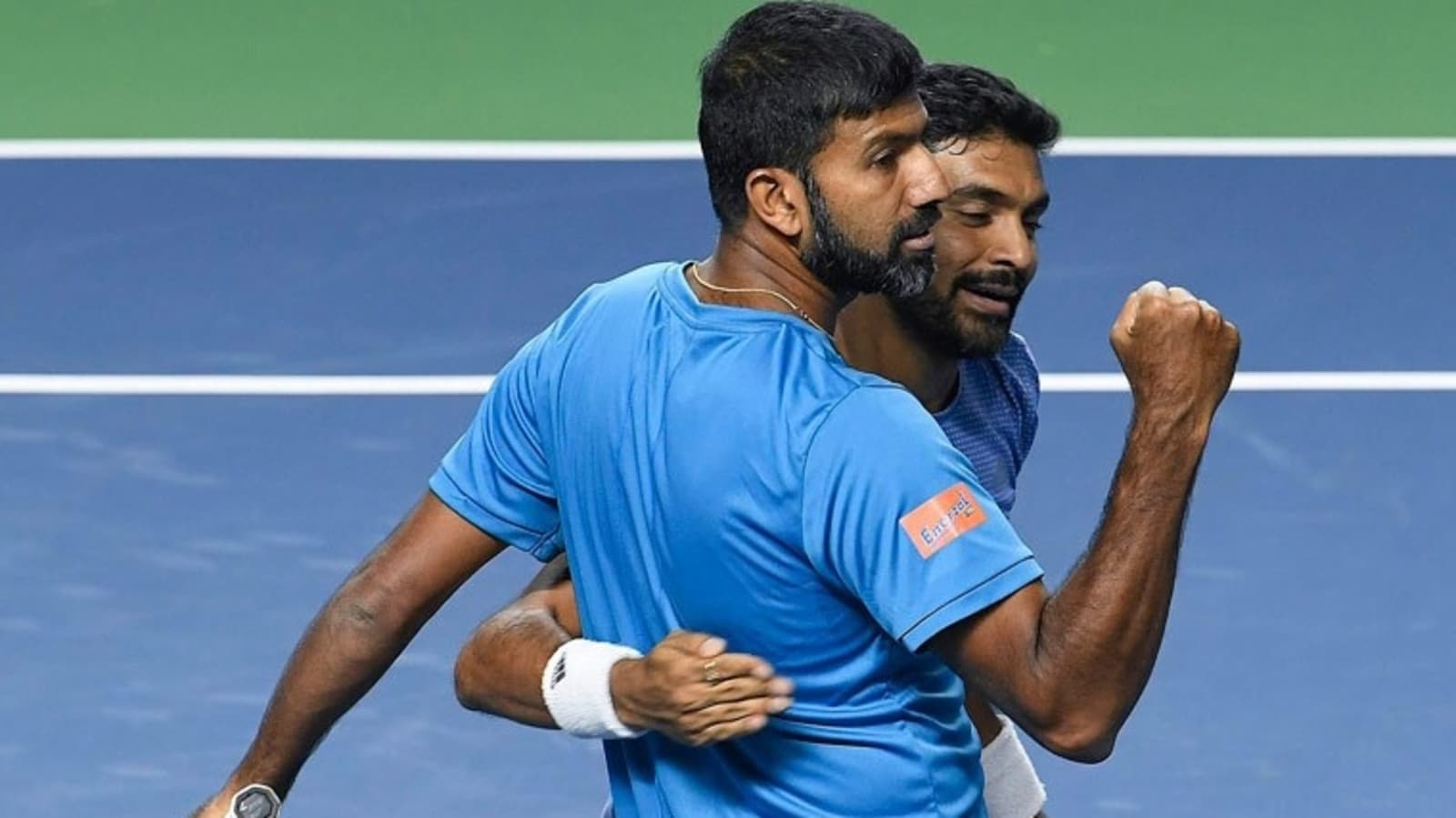 With eye on Tokyo, Bopanna, Sharan may pair up after French Open

Rohan Bopanna and Divij Sharan, India’s ace tennis doubles pros, are set to team up for the grass court swing of the season after the French Open in the lead-up to the Tokyo Olympics starting July 23, where they are hoping to get through.

The 2018 Asian Games gold-winning pair has not yet made the cut for men’s doubles in Tokyo, with the Olympic ranking cut-off date set for June 14, one day after the French Open ends. Out of the 32 teams including one reserved for hosts Japan, the top-10 doubles players will get a direct entry, while the remaining 21 slots will be allocated to the highest-ranked teams based on their combined rankings. But with many tennis pros apprehensive about travelling to Tokyo for the Games amid the pandemic and a packed Tour calendar, there is uncertainty over who will eventually sign up.

If world No. 40 Bopanna and the 74th-ranked Sharan do seal entries, they are expected to team up for Tokyo. And while they both play with different partners on the professional circuit, the compatriots are looking forward to competing together on a few grass court tournaments which will serve as a build-up to the Games.

“Divij and I are planning to play a few tournaments on the grass courts before the Olympics,” Bopanna said from Paris. “Of course, that would depend on whether our combined rankings are high enough to get us into these events. If they do, then we’re definitely planning to play some of the events.”

“Rohan and I will be playing the grass court tournaments together. It’s my favourite surface and it suits both our game styles, so I’m excited about the grass season,” Sharan said. “I’m not sure what the cut-off for Olympics will be. Points from the French Open will count towards the rankings but we still don’t know what result would confirm us an entry. There are a lot of variables.”

Bopanna and Sharan last partnered on the Tour in October 2019 for an ATP 250 hard-court tournament in Stockholm. With the start of the French Open delayed by a week, there are only two grass events in Germany, a couple in the UK and one in Spain scheduled in the ATP calendar before the Wimbledon from June 28-July 11.

The other factor remains their current combined ranking, which might not be high enough for them to get into the ATP 500 tournaments as a pair. While Bopanna, 41, has played the entire clay-court swing from April on the ATP Tour, the 35-year-old Sharan has also had to get into a couple of ATP Challenger tournaments with different partners ahead of the French Open. “I’ve been trying to get into the ATP Tour events, which sometimes gets difficult if you don’t have a regular partner,” Sharan said.

The Roland Garros provides a chance for the doubles specialists to pick up a few points and boost their individual rankings, which would also prop them up in the Olympic ranking cut-off list.

Bopanna, the 2017 French Open mixed doubles champion, is partnering lanky Croatian Franko Skugor in Paris and they will open their campaign on Tuesday, against Andre Begemann and Nikoloz Basilashvili. Bopanna paired with Skugor in Belgrade and Geneva after playing with Denis Shapovalov in the ATP 1000 Masters in Rome and Madrid, where they reached the quarter-finals. The Canadian Shapovalov pulled out of the French Open with a shoulder injury.

“I like to play my best at the bigger events including the Slams, so I’m looking forward to playing at Roland Garros again, especially with the pandemic taking away some tournaments. How the rankings play out, only time will tell. We can’t really do much about it. At the moment, my job really is to just prepare well and do well in the Slam,” Bopanna said.

The left-handed Sharan is playing with another southpaw, Argentina’s Federico Delbonis, ranked 136th in doubles who has advanced to the second round in singles in Paris. The duo will take on Australians Matt Reid and Alex de Minaur in their opening tie.

Sharan has competed in seven tournaments on clay heading into Paris but with six different partners. Delbonis, with whom the Indian will play for the first time, is his seventh partner in the last couple of months.

“I’ve not had the best clay-court season, and it’s not been easy to find consistency playing with different partners,” Sharan said. “But it takes just one tournament to turn things around. I reached Paris early and have had the chance to work on specific things in my game. Delbonis has also had some really good results on clay recently, so I’m looking forward to playing with him.”

Denial of responsibility! TechiLive.in is an automatic aggregator around the global media. All the content are available free on Internet. We have just arranged it in one platform for educational purpose only. In each content, the hyperlink to the primary source is specified. All trademarks belong to their rightful owners, all materials to their authors. If you are the owner of the content and do not want us to publish your materials on our website, please contact us by email – [email protected]. The content will be deleted within 24 hours.
BopannaDivij SharaneyeFrenchFrench Opennews updateOpenPair
0
Share