Notice: amp_is_available was called incorrectly. `amp_is_available()` (or `amp_is_request()`, formerly `is_amp_endpoint()`) was called too early and so it will not work properly. WordPress is currently doing the `pre_get_posts` hook. Calling this function before the `wp` action means it will not have access to `WP_Query` and the queried object to determine if it is an AMP response, thus neither the `amp_skip_post()` filter nor the AMP enabled toggle will be considered. It appears the theme with slug `publisher` is responsible; please contact the author. Please see Debugging in WordPress for more information. (This message was added in version 2.0.0.) in /home/runcloud/webapps/techilive/wp-includes/functions.php on line 5313
 With thriller in hand, Kishore set to test capabilities directorial - TechiLive.in 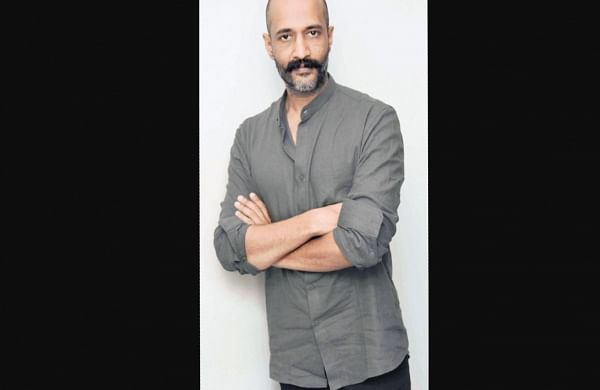 With thriller in hand, Kishore set to test capabilities directorial

He’s a versatile actor who fits into to any character, movie or language. Now, he’s all set to test new waters with a thriller in which he will helm the director’s role. Kishore is still basking in the success of Family Man Season 1 where he played the role of Pasha, although he misses in a sense not being part of the latest release, Family Man 2.

“There’s attention on this character because he is dead,” chuckles Kishore, adding, “It was an interesting character with a lot of layers. It was taking a good turn but could not be stretched. Now, it is a matter of reaching a bigger audience with bigger stars like Manoj Bajpai,” he says. Moving forward, the actor is working on Black and White under his banner Visthaara, which is now in the post-production stage.

“The work is still going on. Credit must go to our technicians who are working on it now. The film is in the final stages. My involvement is little in that department. Hopefully, it will be ready soon,” says Kishore, who is working on a new script. “We plan to tentatively title it as Ahani, and it might be a bilingual made in Tamil.

This will bring in newcomer Srinivas. It’s going to be a whole new team that I am working with,” he says, adding, “Though I have always been seen in front of the camera, I have been present during script discussions. While I will make sure I justify a character, I also want to know that a director can justify his story. I feel it’s important to work along with a director, and not make my presence felt only during ‘action’ and ‘cut’ sequences.” Kishore, is also set to test his directorial capabilities shortly and preparation towards that is on going. “This is going to be a thriller. The line was given by Shelly who has worked as an executive producer in Black and White. I felt he is too young to be brought into a bound script.

The first draft is getting ready,” says Kishore, adding, “In Black and White I was only part director. This will be my first full-fledged direction.” The actor, who is turning director, plans to package his film as a thriller. “The project will be made under my home banner. It will be a journey-based story that takes place in one night. Preparations are going on,” he says.

Now, Kishore is waiting to resume shooting for another web series — She Season 2 that is directed by Imtiaz Ali. “I also have a portion to be shot for Ponniyin Selvan, a film helmed by Mani Ratnam. I have also accepted a yet-to-be-titled Telugu project which has Hansika Motwani playing the female lead. It is a comedy film for which I will have to begin shooting,” he says.

Denial of responsibility! TechiLive.in is an automatic aggregator around the global media. All the content are available free on Internet. We have just arranged it in one platform for educational purpose only. In each content, the hyperlink to the primary source is specified. All trademarks belong to their rightful owners, all materials to their authors. If you are the owner of the content and do not want us to publish your materials on our website, please contact us by email – admin@techilive.in. The content will be deleted within 24 hours.
capabilitiesdirectorialentertainment newsEntertainment updatefamily man 2handKishoreKishoreset
0
Share