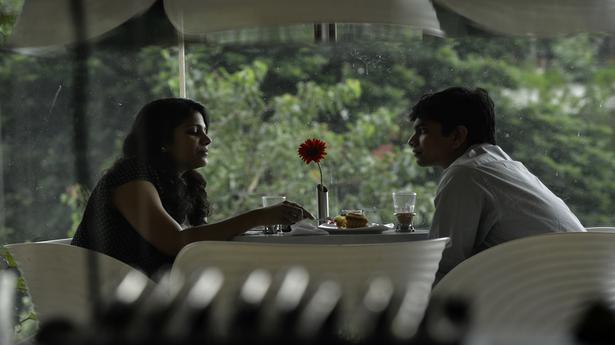 On the basis of the Met department’s prediction of an early monsoon, coffee growers in Karnataka prepared for rains on June 1. However, the coffee estates in Kodagu, Chikkamagaluru, Hassan districts are yet to see any sign of rain as on June 17.

Expecting monsoon in the first week of June 1, towards the end of May, most coffee farmers carried out shade regulation through chopping the branches of secondary shade trees on their plantations to ensure maximum sunlight on the plants during the monsoon. In the absence of rain, coffee plants are being exposed to excessive heat and summer-like sunlight.

Shade lopping (called dadap lopping, with dadaps being fast growing trees of the genus Erythrina) is undertaken just before or at the onset of monsoon as retaining thick shade during monsoon could lead to disruption of free flow of oxygen in the orchard, which may lead to berry dropping, wet foot condition and rotting of stalk.

Mandanna of Subramhanya Estate at Suntikoppa in Kodagu district says, “The entire coffee belt was set for the monsoon on June 1. But unfortunately, Met department’s weather prediction has gone haywire. A delayed monsoon has brought additional concerns to the coffee-growing community.”

According to him, coffee plantations should have ideally received 5 to 6 inches of rain in June, but, as of now, they have not received any rain so far.

“More than half of June has passed and monsoon is yet to set in. Rains are very critical for the development of berries, and also to keep white stem borer away from coffee plants,” said Mr. Mandanna, who is a member of the Coffee Board.

Shirish Vijayendra, a planter from Mudigere and former chairman of Karnataka Planters’ Association, said, “A delayed monsoon would adversely affect the coffee crop this year. Not only coffee, it has also impacted pepper flowering and corn formation, and also paddy cultivation in most parts of Karnataka. Most days are very sunny, as if we are still in summer. It is not a good sign for most crops, including coffee.”

Anil Kumar Bhandari, President of India Coffee Trust (ICT) and a large planter from Suntikoppa, said, “The delayed monsoon has added to our problems. If the rains are going to be further delayed by another 4 to 6 days, there will be a significant impact on production due to poor crop formation.’’

Coffee growers say they purchased manure in bulk to fertilise and nourish their plantations, but the task can be carried out only if the soil has enough moisture to dissolve and absorb the fertiliser.

“We are yet to apply fertilisers in our plantations, owing to the lack of moisture on the ground,” lamented Sindhu Jagdish, a small farmer from Ponnampet in Kodagu district.

Simpadipura: Tracing the roots of the veena

Denial of responsibility! TechiLive.in is an automatic aggregator around the global media. All the content are available free on Internet. We have just arranged it in one platform for educational purpose only. In each content, the hyperlink to the primary source is specified. All trademarks belong to their rightful owners, all materials to their authors. If you are the owner of the content and do not want us to publish your materials on our website, please contact us by email – [email protected]. The content will be deleted within 24 hours.
business newsBusiness updatecoffeecoffee crop in Karnataka in 2022coffee crop Karnatakacoffee in KarnatakacropForecast
Share

WWE’s Zelina Vega will be a commentator in…

How will 5G influence AR and VR?