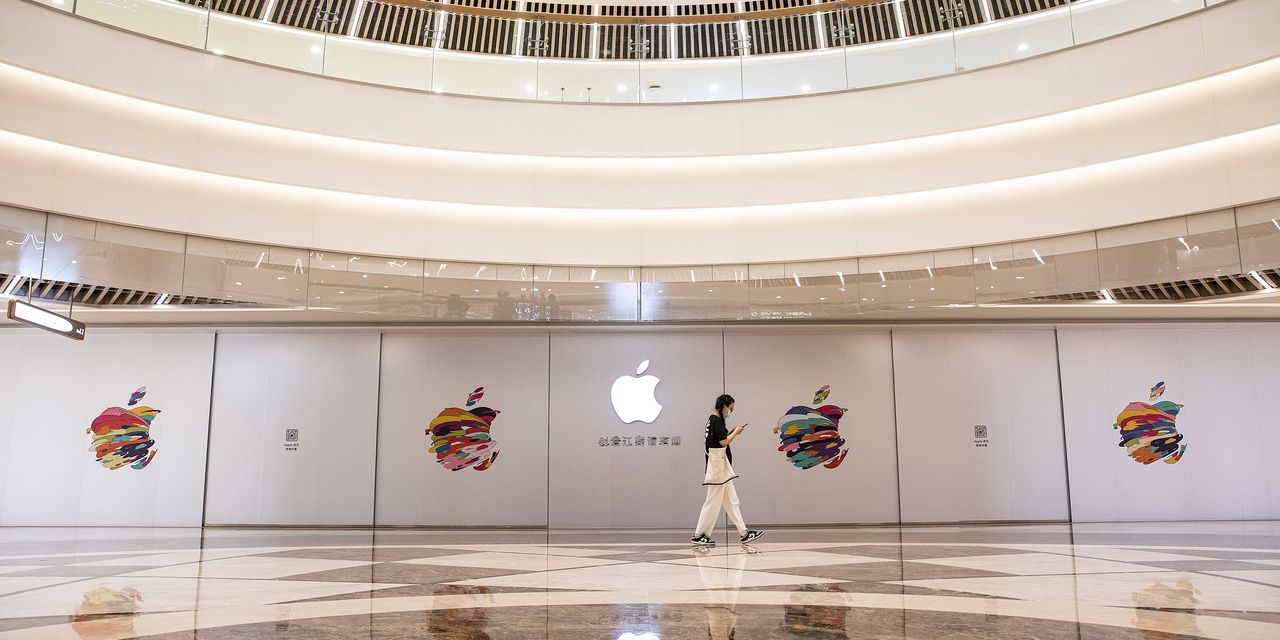 sent hundreds of U.S. engineers each month to China to oversee the contract manufacturers that build most of its products.

Now, in a shift, the global technology giant relies more on local engineers.

Most U.S.-based Apple engineers have been shut out of China for the past two years by rigid border controls intended to keep the Covid-19 virus at bay. New iPhone models in 2020 were delayed, but since then Apple has largely kept up with its annual product cycle thanks to focusing on localization, people familiar with the matter said.

Apple’s China-based engineers have taken on greater responsibilities to keep the cycle going, the people said. The transfer of power underscores the growing technical expertise of China’s workforce, honed over decades as Apple and other foreign companies have trained generations of engineers and technicians.

The iPhone maker has also adopted some technology, including live-streaming, that helps staff based at its headquarters in Cupertino, Calif., remotely follow what’s happening on China’s factory floors, the people said. Apple has used iPads to communicate and augmented-reality tools to help technical experts in Cupertino check factory issues, one of the people said.

Key decisions and core tasks such as product design still remain centered in Cupertino, the people said. And some engineers have managed to visit China, if only a small fraction of previous numbers, one of the people said.

Last month, Apple cautioned that the resurgence of Covid-19 in China threatens to reduce sales by as much as $8 billion in the current quarter. With many suppliers based in and around Shanghai—the city has been under lockdown for more than a month and nearby areas also face stringent Covid-control measures and logistical snarls—Apple’s supply chain in China has been disrupted for weeks.

China continues to limit visas for foreigners and require weeks in quarantine at government facilities for those who do make it in. That has deterred many companies from sending as many employees into the country as they used to, either for business travel or for longer employment stints.

In a survey released Monday by the American Chamber of Commerce in China, 74% of members that responded said the nation’s stringent Covid-19 policies had affected their ability to attract or retain skilled foreign staff. A third also said senior executives or essential foreign talent had declined China assignments because of the latest Covid-19 outbreak there.

The difficulty in bringing in employees, often still needed for specific technical expertise, may also have another effect, industry veterans say—driving Western businesses that are considering investing in new projects or production lines to look for places that are easier for executives or employees to access.

Still, a localization policy is notable for Apple, known for centralized decision-making. Other manufacturers taking steps to localize more jobs include

VW plans a 30% cut in China-based expat employees over the next two to three years, to around 1,000, its China CEO,

said in January. The car maker still relies on expat expertise to bring in new technologies or to get factories up and running, he said, but China’s travel restrictions mean not so many are eager to come these days, he said.

A late April survey of almost 400 members of the European Union Chamber of Commerce in China, released last week, found that over the coming year 65% plan to localize midlevel staff, 62% senior staff and 60% junior staff.

In a survey by the German Chamber of Commerce in China released in January, 30% of members who responded said their China-based subsidiaries’ decision-making has increased over the past two years. Eight percent said that power has decreased.

For many foreign businesses, doing business in China—including hiring locally and conducting research and development—has long come with concerns over technology theft.

president of the EU Chamber, said that hiring local staff is only one of various risks associated with technology theft.

“The threat of individuals conducting technology theft can be managed via electronic checks and balances,” he said, adding that companies are dealing with other, more significant risks, such as China’s requirements that they disclose information to authorities when shipping data overseas.

Apple used to book 50 business-class seats daily between San Francisco and Shanghai’s Pudong airport, according to posters from United Airlines Holdings Inc. that circulated on Twitter in 2019 and were confirmed by the carrier at the time. The route accounted for $35 million of United’s annual revenue.

But after Covid-19 broke out in early 2020, Apple gave up sending in battalions of engineers. That year’s new iPhone models came out a month to two months later than usual.

China-based engineers initially served as the eyes and the ears of their U.S.-based counterparts, people familiar with the practice said, but gradually they were given more authority to resolve problems themselves.

For instance, instead of sending product- and assembly-related information from China to Cupertino for a decision, engineers in China would also include their analysis. And China-based engineers who in the past generally would have reported problems to Cupertino would instead send proposals for resolving the problem, the people said.

Denial of responsibility! TechiLive.in is an automatic aggregator around the global media. All the content are available free on Internet. We have just arranged it in one platform for educational purpose only. In each content, the hyperlink to the primary source is specified. All trademarks belong to their rightful owners, all materials to their authors. If you are the owner of the content and do not want us to publish your materials on our website, please contact us by email – [email protected]. The content will be deleted within 24 hours.
AAPLAmerican Chamber of Commerce in ChinaAppleApplesC&E Executive News FilterC&E Industry News FilterChinacomputers
Share