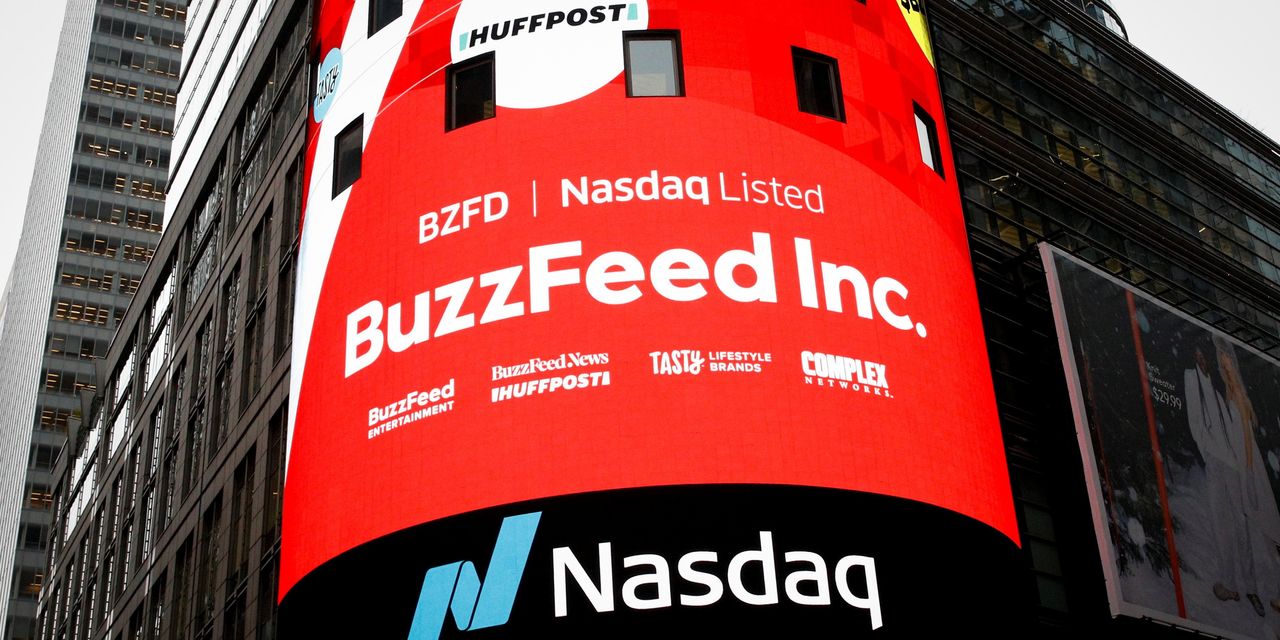 millions of dollars as part of an effort to bring more creators to the social-media giant’s platforms, according to people familiar with the situation.

The partnership comes as both companies are embracing the creator economy, in which individuals build large social-media audiences by posting videos and other content, and often make money on advertising or brand sponsorships.

As part of a deal reached last year that is valued at close to $10 million, BuzzFeed agreed to help generate creator content for Meta’s platforms and train creators to grow their presence online, the people familiar with the situation said. BuzzFeed, known since its early days for viral content such as listicles and quizzes, is helping creators understand what makes content resonate widely, the people said.

The partnership marks the latest iteration in a yearslong relationship between the companies. BuzzFeed largely built its business on content that went viral on Facebook, and the social-media giant has regularly looked to the publisher for help in tapping into trends in internet culture.

Last year Meta announced it would stop paying news publishers to feature their content in its News tab and would reallocate resources to growing a creator business. The company launched Instagram Reels in 2020, in a push to compete with TikTok.

BuzzFeed, which went public in late 2021 through a merger with a special-purpose acquisition company, has lost money in recent quarters, and its stock has recently traded around $1. BuzzFeed early last year announced cuts to its news division as it sought to make the business profitable. At the same time, the digital media company announced it would be doubling its creator network.

It couldn’t be learned if Meta is paying other publishers to generate creator content.

As Meta has periodically shifted its focus over the years—giving priority to certain types of content in users’ feeds—BuzzFeed, like many publishers, has adjusted its strategy to ensure it continues reaching a large audience.

In 2016, Meta agreed to pay $50 million to a number of publishers, including BuzzFeed, to create live video content for the platform. The social-media giant eventually discontinued the program as its video approach changed.

BuzzFeed in its most recent earnings report attributed the declining time users spent on its sites, in part, to declining traffic from Facebook users.

Appeared in the January 26, 2023, print edition as ‘BuzzFeed Generates Creator Content for Meta.’

Denial of responsibility! TechiLive.in is an automatic aggregator around the global media. All the content are available free on Internet. We have just arranged it in one platform for educational purpose only. In each content, the hyperlink to the primary source is specified. All trademarks belong to their rightful owners, all materials to their authors. If you are the owner of the content and do not want us to publish your materials on our website, please contact us by email – [email protected]. The content will be deleted within 24 hours.
BuzzFeedBZFDC&E Industry News FiltercomputersComputers/Consumer ElectronicsconsortiaConsumer ElectronicsContent
0
Share

Golf through the winter with this at-home simulator