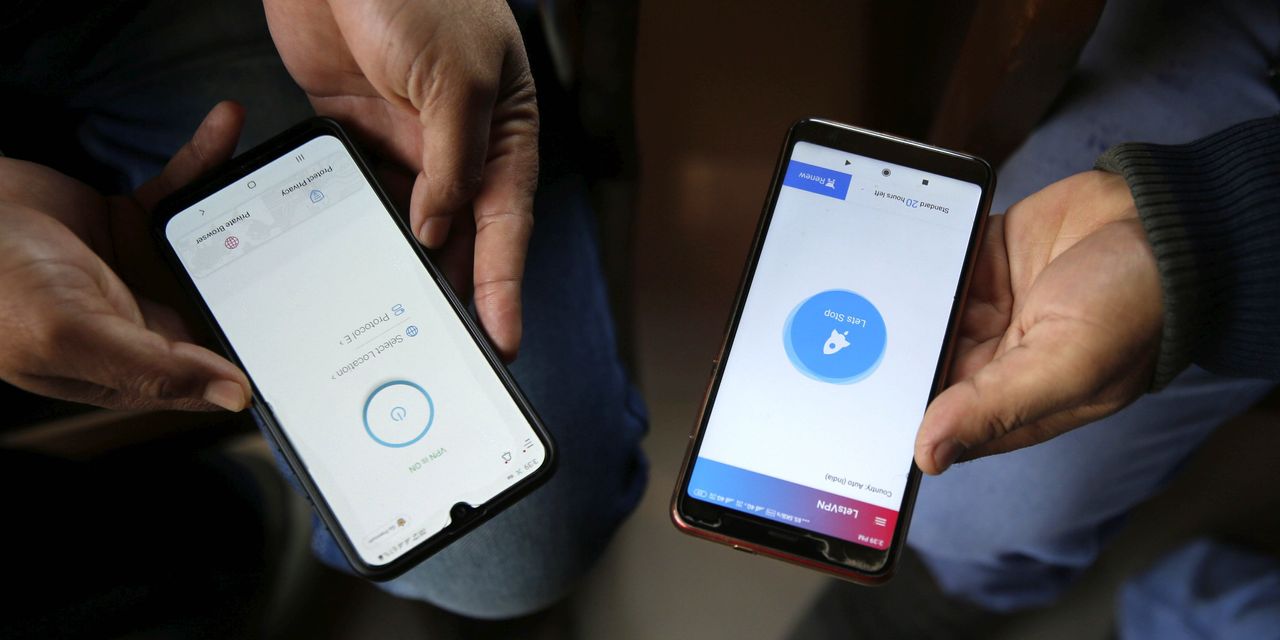 The Swiss company behind well-known virtual-private-network service Proton VPN is pulling its servers from India, the latest provider to do so in response to new government rules that companies and rights groups say threaten users’ privacy.

India’s agency overseeing computer security will effective Sunday require VPN operators in the country to collect information such as customers’ names, email addresses and the IP addresses they use to connect to the internet. The companies must maintain the data for at least five years and furnish it to authorities when asked.

India’s move will undermine internet freedom and endanger activists and whistleblowers, who often use VPNs to protect their identities from the government, Proton AG Chief Executive Andy Yen said in an interview Thursday. Virtual private networks let internet users shield their location and identities online by encrypting and routing their traffic through “tunnels” between their services and customers’ computers.

“It’s going to have a chilling effect. I find it really sad that the world’s largest democracy is taking this path,” Mr. Yen said. “On paper India is supposedly taking a different path from China and Russia,” where similar rules are in place, he said.

India’s Computer Emergency Response Team has said the new rules are needed to tackle cybercrime and defend the “sovereignty or integrity of India” as well as the security of the state. It didn’t respond to a request for comment Thursday on Proton’s withdrawal.

Some of the world’s best known VPN providers have in recent months said they have stopped operating their servers in India. They include U.S.-based Private Internet Access and IPVanish, Canada-based TunnelBear, British Virgin Islands-based ExpressVPN, and Lithuania-based Surfshark and Nord Security.

Some of the services pulling their servers from India say they will allow users to connect to their servers in other nations, but not directly in India. Proton VPN will offer users in India a routing service that allows them to use Indian IP addresses, with traffic routed via servers in Singapore, outside India’s jurisdiction, Mr. Yen said.

The rules are the latest challenge to global technology companies in the country of more than 1.3 billion, where New Delhi has moved to tighten restrictions on international tech giants. New Delhi has in recent years moved to contain online dissent on platforms such as Twitter Inc. and

Indian police last year arrested a woman for allegedly helping activist Greta Thunberg in what they called a possible criminal conspiracy to support protests in India by sharing an online tool kit with information on how to bring attention to their cause.

Digital groups say India’s new rules amount to overreach and are more typical of those imposed in China or Russia than in democracies.

Denial of responsibility! TechiLive.in is an automatic aggregator around the global media. All the content are available free on Internet. We have just arranged it in one platform for educational purpose only. In each content, the hyperlink to the primary source is specified. All trademarks belong to their rightful owners, all materials to their authors. If you are the owner of the content and do not want us to publish your materials on our website, please contact us by email – [email protected]. The content will be deleted within 24 hours.
C&E Industry News FilterCEOComputer HardwarecomputersComputers/Consumer ElectronicscomputingConsumer ElectronicsContent Types
0
Share

Sharekhan is bullish on this Rakesh Jhunjhunwala portfolio…