Notice: amp_is_available was called incorrectly. `amp_is_available()` (or `amp_is_request()`, formerly `is_amp_endpoint()`) was called too early and so it will not work properly. WordPress is currently doing the `pre_get_posts` hook. Calling this function before the `wp` action means it will not have access to `WP_Query` and the queried object to determine if it is an AMP response, thus neither the `amp_skip_post()` filter nor the AMP enabled toggle will be considered. It appears the theme with slug `publisher` is responsible; please contact the author. Please see Debugging in WordPress for more information. (This message was added in version 2.0.0.) in /home/runcloud/webapps/techilive/wp-includes/functions.php on line 5313
 WTC Final: New Zealand a low-profile team, that's an advantage for them - Dilip Vengsarkar - TechiLive.in 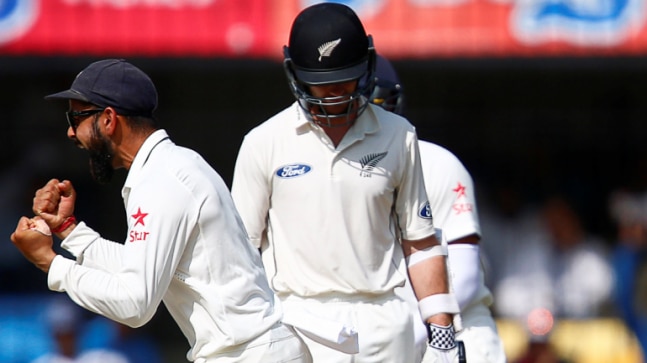 Former India captain Dilip Vengsarkar has said that India are better team than New Zealand but the low-profile of Kane Williamson’s side and their two Test matches versus England before the World Test Championship (WTC) final might go against the Asian giants.

New Zealand, the second ranked Test team in the world, are facing England in a 2-Test series before facing India in the summit clash from June 18 in Southampton.

The same will help the Kiwis acclimatise to the English conditions according to Vengsarkar, who feels that India should also have played a couple of matches before locking horns with New Zealand. He further stated that the lack of match practice might hurt even in-form players like Virat Kohli and Rohit Sharma.

“What I feel is that India should have played games, you know matches, at least two-three games before the Test match (WTC), to get acclimatised to the conditions.

“It is advisable to play matches and spend time in the middle, both for batsmen as well as for bowlers. Match practice is ultimate, you may have net practice, you know a match stimulation, but playing a match in the middle and spending time in the middle always helps, when you play the big game,” Dilip Vengsarkar told PTI.

“Well, he (Kohli) has been around for a long time. He (Kohli) is one of the best batsmen in world cricket at the moment. Players like Virat or Rohit Sharma, they are world-class players, they take a lot of pride in their performance and pride in winning matches for India.

“It is a good thing and both are in very good form. But having said that, I think lack of match practise may hurt them in the first Test match that is what I feel,” he added.

Ahead of Team India’s departure to England, senior spinner Ravichandran Ashwin had said that India will adapt quickly and repeat their performance from the Australia tour.

“We are at least another week to 10 days away from even practising for the first time. Most of the players have not played cricket since the IPL was called off. So I think that is one of the biggest challenges, but once we go there I think the Indian team will adapt quickly and perform like we did in Australia,” Ashwin had said.

Loading...
Denial of responsibility! TechiLive.in is an automatic aggregator around the global media. All the content are available free on Internet. We have just arranged it in one platform for educational purpose only. In each content, the hyperlink to the primary source is specified. All trademarks belong to their rightful owners, all materials to their authors. If you are the owner of the content and do not want us to publish your materials on our website, please contact us by email – admin@techilive.in. The content will be deleted within 24 hours.
advantageDilipFinallowprofilenews updatesports newssports updateTeam
0
Share

Zeenat Aman to grace the stage of Indian Idol