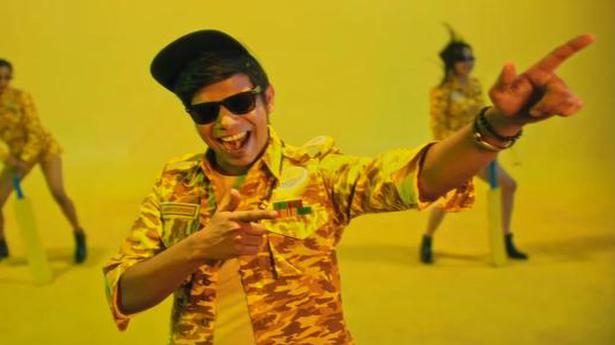 ‘Yenna Sonna’ is a song by a CSK fan, made for a legion of CSK fans

Bjorn Surrao turned into a household name after his ‘Master the Blaster’ track in Vijay-starrer Master topped music charts.

Now, the singer-composer has joined hands with Arivu — who is also basking in the limelight after ‘Enjoy Enjaami’ — to produce a track named ‘Yenna Sonna’ that has ‘Yel-love’ written all over it.

Produced by Think Music, ‘Yenna Sonna’ is very well the ‘Shikhar Dhawan thigh-five’ equivalent for a Chennai Super Kings fan: the track’s music video features Bjorn and CSK superfan Saravanan Hari, and is basically a ‘What did you say?’ to fans of other IPL teams who questioned CSK’s below-par performance in IPL 2020.

“I am a massive CSK fan, and so I liked the idea of collaborating with another artiste and writing music for CSK; it is a song for the fans,” says Bjorn, over phone.

He adds: “Arivu and I, we sat down in my studio and it took us about two days to jam this track. We watched CSK highlights for inspiration.”

The present IPL season stands postponed following an outbreak of COVID-19 cases among players and staff members of various teams. Before the postponement, CSK stood as one of the table toppers in the eight-team league.

Bjorn says, “As CSK fans, there is always expectation [that the team performs well]. ‘Yenna Sonna’ is not even an aggressive question to fans of other teams. It’s more of… ‘What…? I didn’t even hear what you said!’ It’s CSK fans saying, ‘We are going to have a good time, celebrate our cricket and not care about what you say’.”

Featuring quirky visuals, the music video has been viewed nearly 6 lakh times since being uploaded to YouTube.

Bjorn adds that the track’s bohemian vibes are courtesy the use of Latino music instruments. “The track is inspired by South American, African, Jamaican and South Indian sounds. It was an interesting process working with Arivu and making use of these unique sounds in the track.”

Loading...
Denial of responsibility! TechiLive.in is an automatic aggregator around the global media. All the content are available free on Internet. We have just arranged it in one platform for educational purpose only. In each content, the hyperlink to the primary source is specified. All trademarks belong to their rightful owners, all materials to their authors. If you are the owner of the content and do not want us to publish your materials on our website, please contact us by email – [email protected]. The content will be deleted within 24 hours.
ArivuBjorn SurraoChennai Super KingsCovid-19CSKEnjaai EnjaamiEnjoy Enjaamientertainment news
0
Share