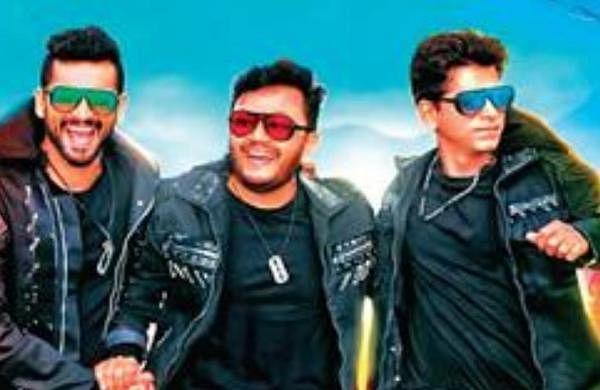 Yogaraj Bhat to resume shooting for Gaalipata 2 from Sept 18

Team Gaalipata 2 finally resumes shooting from September 18. Yogaraj Bhat-directed romantic drama, starring Ganesh, Diganth, and Pawan Kumar, was one of the first films from Sandalwood to be shot in a foreign location (Kazakhstan) in February this year.

The makers, who had planned to shoot the remaining portions in parts of Karnataka, had to postpone the schedule due to the pandemic situation. After much thought, the team has finally decided to get back to the sets. Accordingly, Yogaraj Bhat has planned to begin the shoot in Bengaluru for one day and will then be heading to Kudremukh, where they will be shooting some crucial portions in a six-day schedule.

Gaalipata (2008), directed by Yogaraj Bhat and starring Ganesh, Diganth and Rajesh Krishnan, Daisy Bopanna, Bhavan, and Neettoo, was declared a box office success. On the other hand, Gaalipata 2 is based on friendship and has an ensemble cast. Billed as a romantic entertainer, the film produced by Ramesh Reddy under the banner of Suraj production, also features Vaibhavi Shandilya, Samyuktha Menon, Sharmiela Mandra in the female leads and Nishvika in a special role.

Meanwhile, Yogaraj Bhat has completed about 70 percent of the shoot. The director had earlier revealed that Anant Nag is playing the role of a teacher. Gaalipata 2 will have Bhatru joining hands with music director Arjun Janya for the first time. The film’s cinematography is handled by Santhosh Rai Pathaje. Ganesh has completed shooting for Tribble Riding and Sakath while Diganth is awaiting the release of MariGold and Kshamisi Nimma Katheyali Hanna Villa. Pawan Kumar is simultaneously getting ready for his next directorial project Dvitva starring Puneeth Rajkumar.

Denial of responsibility! TechiLive.in is an automatic aggregator around the global media. All the content are available free on Internet. We have just arranged it in one platform for educational purpose only. In each content, the hyperlink to the primary source is specified. All trademarks belong to their rightful owners, all materials to their authors. If you are the owner of the content and do not want us to publish your materials on our website, please contact us by email – [email protected]. The content will be deleted within 24 hours.
Loading...
Bhatentertainment newsEntertainment updateGaalipataGaalipata 2news updateResumeSept
Share