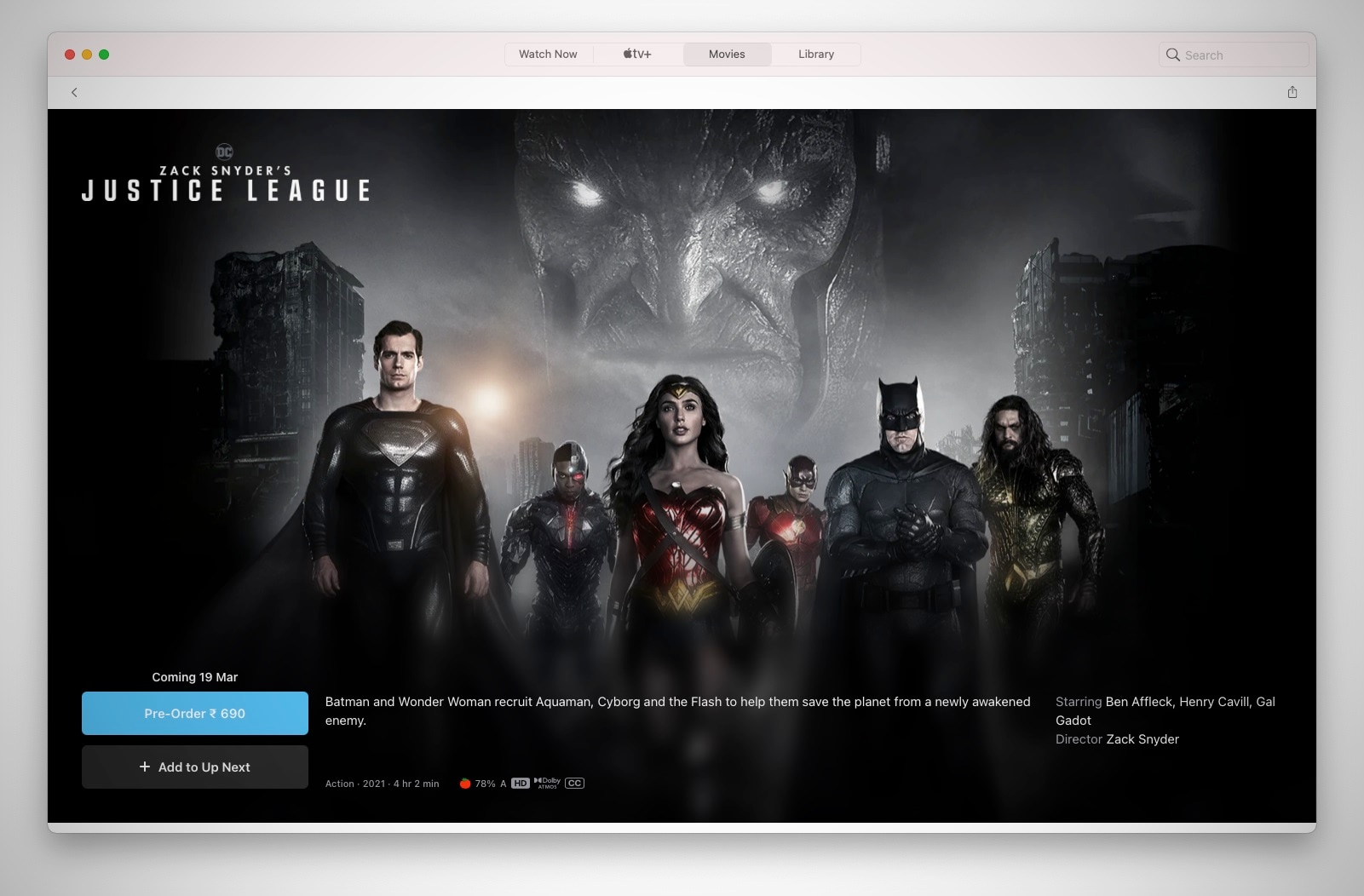 Justice League Snyder Cut pre-orders are now live on Apple TV (formerly iTunes Movies) in India. You can buy Zack Snyder’s Justice League for Rs. 690 on Apple TV, in line with what we had predicted. The rent option is not available as yet, but sources say that Justice League Snyder Cut will cost Rs. 150 to rent on Apple TV — again, in line with our expectations. And though Apple TV says it’s coming on Friday, we have been assured that it is indeed Thursday afternoon, as previously announced. Lastly, Apple TV says Snyder Cut will be offered in HD resolution and Dolby Atmos. It’s meant to be a 4K title, and so we’re awaiting confirmation on that front.

With this, Apple TV becomes the second platform to open pre-orders for Justice League Snyder Cut in India. BookMyShow Stream was the first to do so on March 6, allowing fans to both rent and buy prior to the release date, and it’s taken Apple TV another 12 days to follow in those footsteps (albeit without a rent option). Still, that’s better than other video-on-demand services such as Google Play/ YouTube Movies, Hungama Play, and Tata Sky — all of them have yet to even list Justice League Snyder Cut on their platforms. At this point, mere hours away from release, it seems like they will not be taking pre-orders at all.

Zack Snyder’s Justice League is out March 18 at 12:31pm on Apple TV, BookMyShow Stream, Google Play, Hungama Play, Tata Sky, and YouTube in India. It’s available on HBO Max in the US, HBO Go in parts of Asia, and HBO services in Central Europe, the Nordics, Portugal, and Spain. In all other markets, it’s available on a range of video-on-demand platforms.