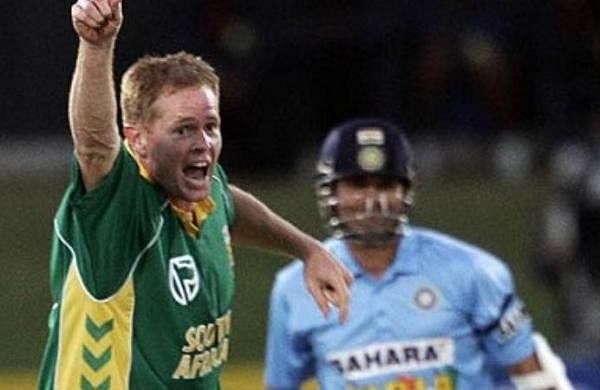 You were our Glenn McGrath, says Donald to Pollock

In a letter to Pollock, which was uploaded on the ICC website, Donald heaped high praise on his former pace bowling partner.

“What I admire a lot about you is the way you were able to adapt your game. When you first came into the Proteas side, you were this fast bowler who could terrorise batters. Despite injuries later in your career, you always managed to be effective, even if you didn’t quite have the pace you once had, and that’s a remarkable quality. You were our Glenn McGrath, the sort of bowler who could lock down an end and let the rest of us run free at the other,” Donald wrote in the letter.

Pollock was one of the finest bowling all-rounders the game has ever seen and was the first player to achieve the 3,000 run and 300 wicket double in both Test and ODI cricket.

“We could throw you the ball and say ‘See you tonight’. You would pile up the dots at one end and then I would have licence to express myself,” Donald wrote.

“Where my style was to combine control with pace, you did so with swing, getting so close to the stumps that batters would have to play almost every ball. It took incredible stamina and concentration because you gave them nowhere to hide.”

“I think we were never better than when the West Indies came to South Africa in 1998/99. Between us we took 52 wickets in a 5-0 series victory. There was also the tour to India in 2000 when we won 2-0 and the two of us, along with the rest of the pace attack and Nicky Boje just seemed to click.”

Denial of responsibility! TechiLive.in is an automatic aggregator around the global media. All the content are available free on Internet. We have just arranged it in one platform for educational purpose only. In each content, the hyperlink to the primary source is specified. All trademarks belong to their rightful owners, all materials to their authors. If you are the owner of the content and do not want us to publish your materials on our website, please contact us by email – [email protected]. The content will be deleted within 24 hours.
allan donaldDonaldGlennICC Hall of FameMcGrathnews updatePollockShaun Pollock
Share

The value of values | Book Review — Value(s): Building a Better World for All by Mark Carney

Crypto trading face-off: Shiba Inu (78 million percent in a year) vs Koinos (535% in a month) By Cointelegraph