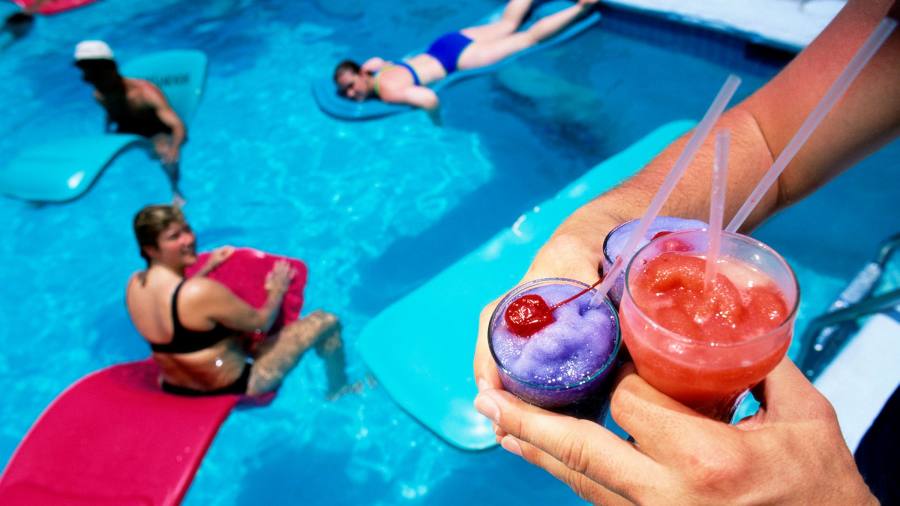 Among the many things I have failed to do in my career, there is one that I seriously regret. I have never been on a corporate retreat. Nor have I been to an away day, or anything else that could remotely be described as an “off-site”.

People who have been on such things, before Covid put an end to them, always said I should be grateful to have been spared.

“It’s a nightmare,” one told me. “You’re trapped with people you work with all day, desperately pretending to have fun.” Others insisted off-sites were a tiresome waste of time and, if team-building exercises were involved, mortifying.

I never believed this for a second, not after discovering the sorts of places friends were spending their away days. The stately country homes. The luxury hotels. The beachside resorts. I’m sorry, but being paid to sip poolside daiquiris after a heavy morning of kayaking does not sound like a bad day at work to me.

So with the pandemic turning working life upside down, I was interested to hear about one company that has decided to ditch its fancy downtown offices and see if it can find new workplaces that capture the best of the away day, every day.

The Golin PR firm dates back to the 1950s when its founder, Al Golin, cold-called a man getting started in the hamburger business named Ray Kroc, the McDonald’s mastermind.

McDonald’s is still a client at Golin, which has more than 1,000 staff worldwide, mainly in the US and mostly still working from home thanks to Covid, probably until at least September.

Like a lot of other businesses, its staff are keen on hybrid working, or a mix of days at home and in the office. Unlike others, it has been able to give up the leases on two of its Californian offices, one in San Francisco that housed about 35 people and a larger one in Los Angeles that had roughly 100. It has decided to experiment to see if it can replace those offices with what its chief operating officer, Gary Rudnick, calls “inspirational” work spots that spur the collaboration and energy he thinks the best away days instil.

“The off-site is a special day,” Rudnick told me from his Chicago home last week. “Everybody’s jazzed up. Everybody’s got their creative juices going.”

No decisions have been made yet, but Rudnick has had plenty of advice on what to try, from museums and sports venues to restaurants and warehouses. “We want them to be unique,” he says, adding the group could end up with five or six rotating shared spaces — and is not motivated by cost-cutting. “I’m perfectly happy to spend as much as we spent before.”

That may be, but the allure of ditching pricey downtown offices for cheaper space in the suburbs is obvious.

The far larger Standard Chartered bank plans to offer most of its 85,000 global staff the chance to work in rented shared office space near their homes, or at home, as part of a “hub-and-spoke” approach that combines a conventional main office with satellites elsewhere.

Japan’s Nippon Telegraph and Telephone has also signed a deal with the IWG office-sharing group that will give its even larger workforce the choice of more than 3,000 work sites.

Having had a brief taste of shared office life last month, when dodgy home WiFi drove me into the arms of a local Regus office, I am sure the staff will survive. The WiFi was great. The coffee was fine and the view was pleasingly different.

Yet it was nothing compared with the grand visions floated by the likes of Marc Benioff, founder of the Salesforce cloud computing group. His thinking on new ways of working post-pandemic has led him to muse about buying some sort of ranch that could be used to train employees and boost corporate culture.

Either way, it is clear that a welcome new mood of experimentation is afoot. Like so much else in the pandemic, it is impossible to know how it will end.

But as Golin’s Rudnick says of his office trial: “If it doesn’t work out, I’ll go and get a lease again. There are a million leases out there to be had.”

Denial of responsibility! TechiLive.in is an automatic aggregator around the global media. All the content are available free on Internet. We have just arranged it in one platform for educational purpose only. In each content, the hyperlink to the primary source is specified. All trademarks belong to their rightful owners, all materials to their authors. If you are the owner of the content and do not want us to publish your materials on our website, please contact us by email – [email protected]. The content will be deleted within 24 hours.
Loading...
Education newsEducation updateGuessnews updatetechi liveworkingyoull
0
Share

My heart is with you: Ariana Grande remembers Manchester bombing victims on fourth anniversary