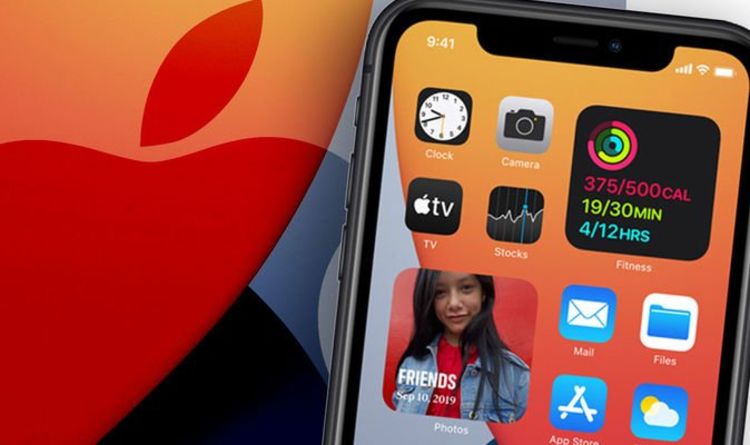 Apple confirmed last week that it would be holding a major “Spring Loaded” launch event on April 20 and it’s set to be a big night for fans of this brand. Although the stars of the show are likely to be some shiny new devices, the US technology firm could use this event to reveal when iPhone users will finally get their hands on the latest iOS 14.5 upgrade.

Unlike most of the usual monthly software updates, which fix security issues and glitches, this next release from Apple offers major changes that will bring a swathe of new and exciting features to these popular smartphones.

Perhaps the biggest news in this release is that you’ll soon be able to unlock your phone using the Apple Watch that’s strapped to your wrist. This change has been added to help users access their devices when wearing a face-covering – something that’s currently causing Apple’s clever Face ID technology some issues as it needs to see a large portion of your face to work.

As long as your Apple Watch is unlocked and near the iPhone, the device will be accessible without needing to punch in a passcode each time you want to check your emails or respond to a WhatsApp chat.

The update works via Face ID recognising you are wearing a mask and then checking to see if you have an unlocked Apple Watch on your body.

The moment that the two devices become separated, this unlock method will no longer work with a code or full Face ID check then needed.

Along with fixing this irritating face mask problem, Apple is also adding another vital change.

iOS 14.5 will include a feature called App Tracking Transparency, which will require apps to get the users’ permission before tracking their data across apps or websites owned by other companies.

Tucked inside the Settings menu, iPhone, iPad and Apple TV users will be able to see exactly which apps have requested permission to track them with an easy option to switch it off.

Apple says it wants users to take back control and it hopes this update will help iPhone and iPad users understand what is happening to their data.

Another nice change is that iOS 14.5 brings compatibility for the latest PS5 and Xbox Series X controllers which means you’ll be able to use these accessories when playing games on the iPhone, iPad or Apple TV.

Along with these three big upgrades, there’s also some new emojis. Apple says that it is bringing skin tone variations for couples kissing and couples with heart, which can be customised for gender-neutral, two men, two women, and woman and man couples. There’s also new emojis for heart on fire, heart mending, woman with beard, person with beard, face exhaling, face in clouds, and face with spiral eyes.

We’ll have to wait and see if Apple reveals the exact date for this blockbuster but it’s highly likely fans will get an idea of when to expect iOS 14.5 to arrive on their devices during tomorrow’s event.