Notice: amp_is_available was called incorrectly. `amp_is_available()` (or `amp_is_request()`, formerly `is_amp_endpoint()`) was called too early and so it will not work properly. WordPress is currently doing the `pre_get_posts` hook. Calling this function before the `wp` action means it will not have access to `WP_Query` and the queried object to determine if it is an AMP response, thus neither the `amp_skip_post()` filter nor the AMP enabled toggle will be considered. It appears the theme with slug `publisher` is responsible; please contact the author. Please see Debugging in WordPress for more information. (This message was added in version 2.0.0.) in /home/runcloud/webapps/techilive/wp-includes/functions.php on line 5313
 You’ve never seen anything like the stunning iPhone 13 concept in this video - TechiLive.in 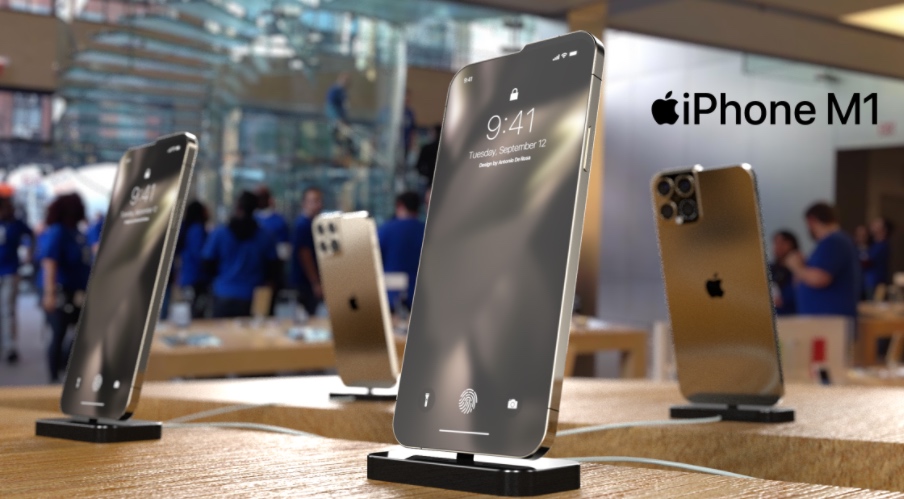 When Apple introduced the notch on the iPhone X a few years ago, it was a controversial design choice, to say the least. Many at the time, myself included, were quick to categorize the notch as unsightly, user-unfriendly, and a distraction. But as bold design choices tend to go, it wasn’t long before most people became acclimated to the notch. And as for me, I don’t even notice it at this point.

With Apple intent on making the notch smaller, designer Antonio De Rosa imagined what would happen if Apple didn’t eliminate the notch, but rather moved it ever so slightly above the display in an incongruous form factor. It sounds funky and it undoubtedly looks funky, but for whatever reason, the novel design actually seems to work.

Another close-up view of the concept can be seen below. You’ll also note that the concept includes a fingerprint sensor built underneath the display. While we’ve seen reports suggesting that Apple is, in fact, working on this technology, there’s no indication we’ll see it on this year’s iPhone 13 lineup. 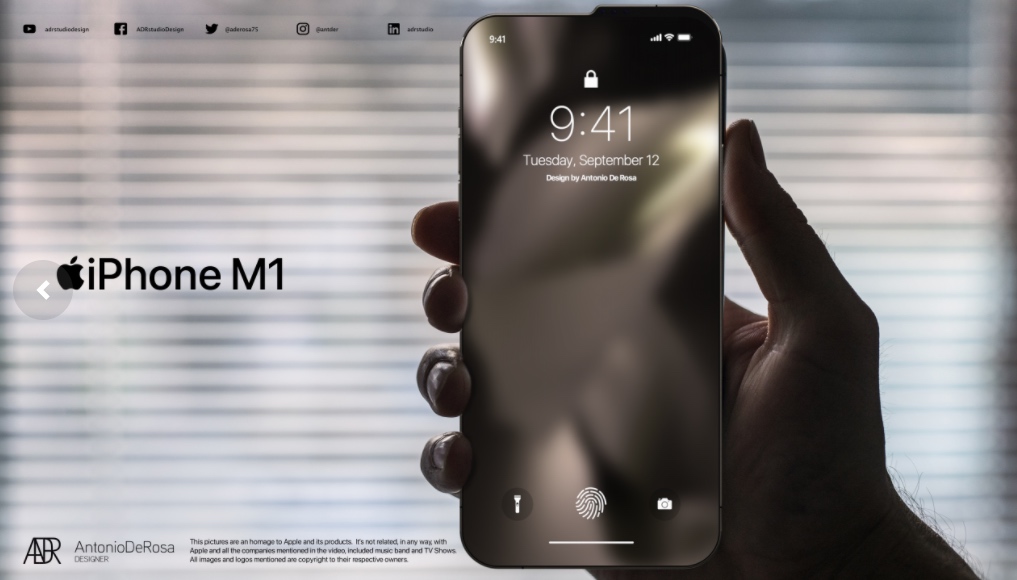 Now is this a design we can realistically see Apple employing? Not a chance. Still, given that we haven’t seen too much of a sea change with the iPhone form factor in recent years, it’s nice to see a completely outside-of-the-box design even if the odds of seeing it become a reality are slim to none.

A video of the iPhone M1 mockup in action can be seen below:

Now as for what we can actually expect to see out of Apple’s iPhone 13, rumor has it that the Pro models will include a 120Hz ProMotion display for smoother scrolling, improved image stabilization functionality, improved low-light camera performance, a more capable ultra-wide lens, Portrait mode support for video recording, and an Always-On display.

To the latter point, leaker Max Weinbach said the following earlier this year:

Always-On Display will have minimal customizability. Current design basically looks like a toned-down lock screen. Clock and battery charge is always visible. Notifications seem to be displayed using a bar and icons. Upon receiving, the notification will pop up normally except that the screen will not entirely light up. Instead, it will display it just like you’re used to right now, except dimmed down and only temporarily.

We’ve also seen rumblings that the iPhone 13 Pro models will be available with a 1TB storage option.

Apple is expected to unveil its iPhone 13 lineup at a special media event this coming September. And lastly, every iPhone 13 model will reportedly arrive in stores in September, a welcome departure from last year when the iPhone 12 release was staggered due to the coronavirus pandemic.

Denial of responsibility! TechiLive.in is an automatic aggregator around the global media. All the content are available free on Internet. We have just arranged it in one platform for educational purpose only. In each content, the hyperlink to the primary source is specified. All trademarks belong to their rightful owners, all materials to their authors. If you are the owner of the content and do not want us to publish your materials on our website, please contact us by email – admin@techilive.in. The content will be deleted within 24 hours.
Appleconceptgadget updateiPhoneiPhone 13Stunningtech newstech update
0
Share