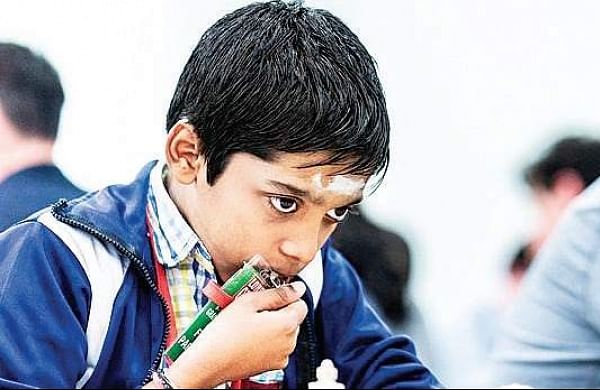 Chess World Cup: Praggnanandhaa set for Vachier-Lagrave challenge in Round 4

SOCHI: Three Indian Grandmasters remain in contention for the honours in the men’s section of the FIDE chess World Cup with the focus on teen prodigy R Praggnanandhaa in the fourth-round matches on Thursday.

The experienced P Harikrishna and fast-rising Vidit Santosh Gujrathi are also in the fray and will be aiming to keep their winning run going.

Play in the tournament resumes on Thursday after a day’s rest on Wednesday.

The Chennai-based Praggnanandhaa, playing in his maiden World Cup, faces highly-rated Frenchman Maxime Vachier-Lagrave, ranked 16th in the world, in round four.

Vachier-Lagrave comes into the match on Thursday after a hard-fought win over Russian David Paravyan via the tie-break.

The 15-year old Praggnanandhaa’s good run has drawn the attention of chess pundits and the manner in which he kept his cool in round three after veteran Michal Karsenkow forced a tie-break won appreciation.

The Indian teenager, however, faces a tough task against the French player, who came into the tournament after winning the title in the Croatia Grand Chess Tour event recently.

There is a wide gulf in the ELO rating (Vachier-Lagrave’s 2760 as against 2608 of Praggnanandhaa) apart from the experience factor.

However, the Indian will fancy his chances in a world cup knockout game as the tournament has already witnessed a few upsets including that of the world No. 2 Fabiano Caruana, Anish Giri and Shakriyar Mamedyarov, among others.

Harikrishna takes on Iran’s M Amin Tabatabaei in the fourth round and starts favourite on the basis of the ratings.

Gujrathi (ELO 2726), who overcame the stubborn challenge of compatriot B Adhiban in the tie-break, will be up against highly-rated American Jeffery Xiong (ELO 2709) in what promises to be a battle among equals.

Loading...
Denial of responsibility! TechiLive.in is an automatic aggregator around the global media. All the content are available free on Internet. We have just arranged it in one platform for educational purpose only. In each content, the hyperlink to the primary source is specified. All trademarks belong to their rightful owners, all materials to their authors. If you are the owner of the content and do not want us to publish your materials on our website, please contact us by email – [email protected]. The content will be deleted within 24 hours.
ChallengeChessChess World CupCupMaxime Vachier-Lagravenews updateP. HarikrishnaPraggnanandhaa
0
Share