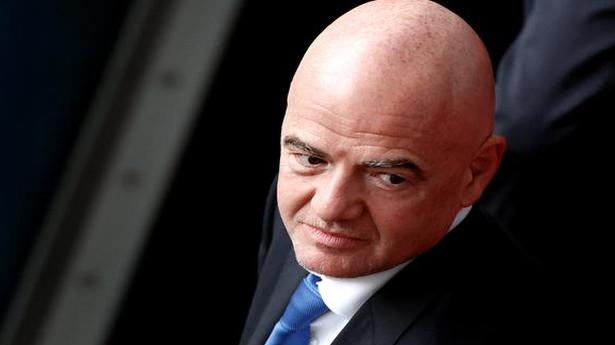 Fans from across the globe were also in favour of keeping the World Cup status quo.

FIFA president Gianni Infantino promised Wednesday “decisions by the end of the year” on the controversial proposal of staging a World Cup every two years.

The plan, backed by former Arsenal manager Arsene Wenger, who is now director of development at world football’s governing body FIFA, would be part of an extensive shake-up to cut out what Infantino called “too many meaningless matches”.

“We have to have a system which is simple and is clear, which everyone understands, which clearly defines when there are national team games and when there are club games,” he said in an SNTV interview made available to AFP by FIFA.

With the existing international match calendar ending in 2024, “we need to take some decisions by the end of this year”, he said.

UEFA president Aleksander Ceferin warned this week that holding the World Cup every two rather than four years would “dilute” the tournament.

Fans from across the globe were also in favour of keeping the World Cup status quo.

“The overwhelming majority of fans oppose a biennial World Cup cycle, and if FIFA had bothered to engage with us on the subject, they would have known this to be the case,” 58 national fan organisations across the sport’s six confederations said in a joint-statement on Tuesday.

“Why abandon almost a century’s worth of tradition on a whim and with no evidence that it will improve the global game?,” it added.

The World Professional Leagues has added its voice to those opposing the project.

Loading...
Denial of responsibility! TechiLive.in is an automatic aggregator around the global media. All the content are available free on Internet. We have just arranged it in one platform for educational purpose only. In each content, the hyperlink to the primary source is specified. All trademarks belong to their rightful owners, all materials to their authors. If you are the owner of the content and do not want us to publish your materials on our website, please contact us by email – [email protected]. The content will be deleted within 24 hours.
Biennialbiennial FIFA world CupBossCupdecisionFIFAFIFA president Gianni InfantinoFIFA World Cup
Share