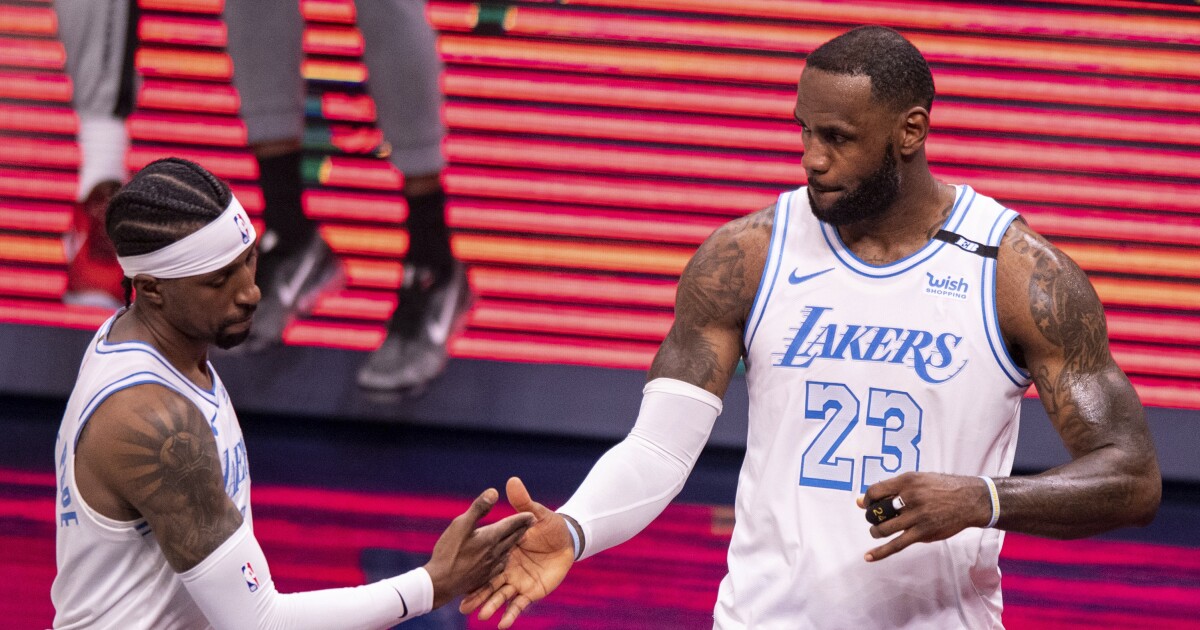 Letters: These are not changes for the better

Call me old fashioned or a sports purist, but two of the so called new rules for the MLB and NBA just seem so stupid and unnecessary.

The “man on second” rule for extra-inning games tries to speed up the end results for the game with no justification. It makes no sense to me, especially after the teams compete normally for nine innings prior to that.

For the NBA, there is the “play-in” tournament where a team can have a chance to make the playoffs even after finishing ninth or 10th in the conference standings. The top eight teams in each conference now they can be eliminated on any given day in one game against a team that really didn’t qualify! This is senseless and unfair.

I understand that some things had to be altered because of COVID, but to keep these two changes around is altering the games as we know them and we need to stick with what’s worked and been in place for many many years.

Your reader from Encino suggested last week they change the Kentucky Derby name to the Bob Baffert Kentucky Derby. After the doping announcement regarding Medina Spirit this week it probably should be the Baffert Dope Kentucky Derby!

I’ve always wondered why he wears those colorful blue lenses. Possibly hiding the fact that he knows he’s cheating the sport, while he laughs at everyone that plays by the rules.

Mr. Baffert appears to be confused about what was being done to Medina Spirit. For such a well-known trainer this is troubling. For the horse it is problematic. I feel sorry for the horse.

It looks like Bob Baffert has become the Alex Rodriguez of horse racing.

Who knew that I have something in common with a Kentucky Derby winner. Both Medina Spirit and I use betamethasone on our hind ends.

Legendary trainer Bob Baffert’s winning horse tests dirty? There are no more heroes. After the epic Lance Armstrong scandal, plus major team sports’ doping episodes, perhaps only the naive think cheating is behind us in pro sports. There is only one solution: The next time Plaschke picks a winner, get him tested.

Whether the King is back or not, the Lakers aren’t going very far unless Frank Vogel stops this little game with his centers. Montrezl Harrell has to play 20-25 minutes in each and every game.

Whatever happened to the Lakers’ purple and gold? It seems every time I watch them play, they’re wearing, black, blue or white jerseys. What’s next, chartreuse?

Always speak as fast as you can for no apparent reason; use as many inside jokes as you can; talk about yourselves and your past accomplishments or experiences; always name drop; provide so many inane statistics that even Ross Porter’s head would spin; never ever let the game interfere with your non-stop talking; put a “fan microphone” in the stands so the viewing audience can hear the drunk fans more clearly; develop extremely cheesy informational segments; and finally, don’t bother to study the techniques of Vin Scully, Dick Enberg, Chick Hearn and/or Al Michaels because Bally Sports “School for Broadcasters” will provide you with videos of Booger McFarland’s “Monday Night Football” broadcasts free of charge.

Joe Maddon: “I don’t mean this to sound cold in any way.”

Try again, Joe — or you could just keep your mouth shut.

Look to the South

The “El Tráfico” Galaxy-LAFC battle is very important for soccer’s future. However, MLS ignores what former Anschutz/Galaxy president Tim Leiwicke acknowledged: the importance of developing the Hispanic fan base via league play with Mexican League teams much like the aborted European Super League. Peak TV MLS attendance was less than the average Liga MX games in the U.S. The failed Chivas USA experiment was only a half-measure led by the late Jorge Vergara, owner of Chivas de Guadalajara, and Central American Club Saprissa.

In case the powers that be at USC haven’t noticed, women’s basketball isn’t the only once-gloried, no-longer-storied, national championship-starved sport on campus that has fallen badly into a state of disrepair and disillusionment that would seemingly benefit from a coaching upgrade in an effort to reclaim its rightful national status of prestige and prominence while spawning a glut of pro prospects and serving as the envy of every other program in the country.

So help me, Rod Dedeaux.

The Pac-12 leadership believes that increased revenue and expansion of playoffs will make the football programs more competitive within the Power Five, so they hired a corporate entertainment executive to run the show. Boy, I bet that’s got the opposition quaking in their boots.

While there was mixed reaction to having the pages of the sports section in reverse order, I’m sure all Kings, Ducks and Angels fans would prefer to have them printed upside down so their teams would be higher in the standings.

The Los Angeles Times welcomes expressions of all views. Letters should be brief and become the property of The Times. They may be edited and republished in any format. Each must include a valid mailing address and telephone number. Pseudonyms will not be used.

Denial of responsibility! TechiLive.in is an automatic aggregator around the global media. All the content are available free on Internet. We have just arranged it in one platform for educational purpose only. In each content, the hyperlink to the primary source is specified. All trademarks belong to their rightful owners, all materials to their authors. If you are the owner of the content and do not want us to publish your materials on our website, please contact us by email – [email protected]. The content will be deleted within 24 hours.
Loading...
Lettersnews updatesports newssports updatetechi live
0
Share